All Articles DJ & Live Performance
What a Deaf Woman can Teach you about Music
DJ Wolfie on Mon, February 7th 6 comments
Language
So I've been hanging out at a friend's loft in downtown LA lately. One of the room-mates is Dana King (see title pic). Dana is totally deaf. She lip reads. She's adapted to the world around her by usi

So I've been hanging out at a friend's loft in downtown LA lately.

One of the room-mates is Dana King (see title pic). Dana is totally deaf. She lip reads. She's adapted to the world around her by using her hands. She makes beautiful custom jewelry.

There was a roaring party going on in the loft, the DJ was belting out some floor fillers, and the place was packed.  Dana was showing me some of the jewelry she made.

Being the nosy guy that I am, I of course had to go and ask her what its like to be deaf.

It was one of those really genuinely curious questions. Considering the role hearing plays in my life, I simply couldn't fathom not being able to hear.  In fact, my hearing has always been so sensitive I have to wear earplugs at movies.

She had several answers. For one, you can only read one pair of lips at a time. So there's a sense of isolation when it comes to the cocktail party. She likes socializing one person at a time.

Her next statement though really surprised me.

She danced a little bit to the track that was playing downstairs and said:
"but I really love music!!"
"But... You're deaf. " 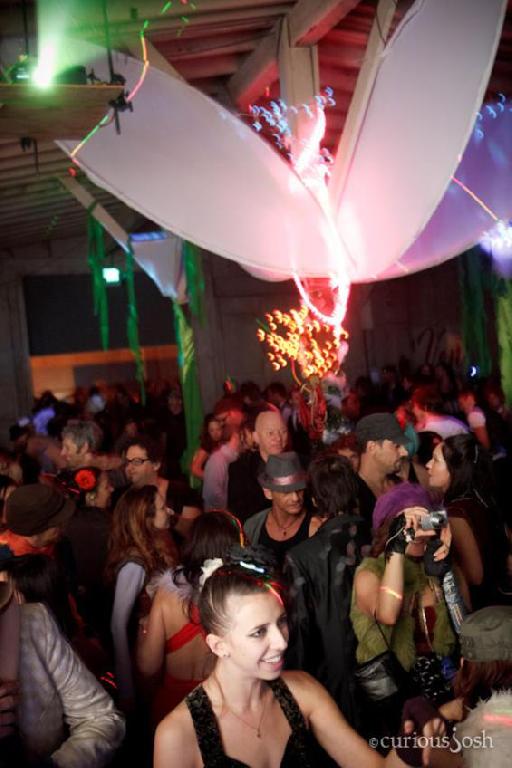 Now, I've said a million times, "I'm really feeling this track." What I mean is, I hear a great track and it stirs emotions in me. What she means is, when loud music plays, she physically feels the drum hits and the bass as vibrations.

I pull all music in through my ears. It's what I do. Somewhere along the way I'd forgotten the feel of my chest rumbling in the wash of a bass bin. In all the tracks, all the working with friends producing songs, and all the mixing, I have so completely focused on the hearing part, I had forgotten to check what was reaching my body.

I put my hand on the wall and shut my ears off and just felt the music, like she does. And there it was. The vibrating rhythms, the punch of the kick drum, the playfulness of sensation.

Of course she loves music. Music plays to the touch as much as it plays to the ear. How stupid of me to think that music belonged to those with hearing. How silly for me to focus so heavily on only one aspect of it. I knew this, and had forgotten this.

Even plants grow better when you play them music.  Plants don't have ears, but they feel it. And not only do they feel it, they like classical music better than rock in the study I read. 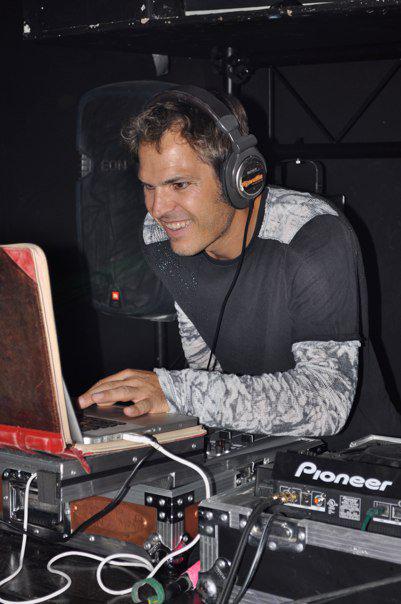 I'm really glad I asked her, and I'm really glad she shared. It's why I chose music so long ago. I study it and study it, and there are always surprises around every corner.

As I picked my tracks for Coachella, I took pause, and made sure to crank the tracks a bit and feel them out, as well as listen to them. There's Key matching for the ears, but there's also rumble matching for the body.

DJ Wolfie
Dj Wolfie headlines parties from coast to coast, both in main stream venues and the underground circuit. In 2008 he's played at Coachella Music Festival on the bill with Prince and Roger Waters, The Optimus Alive festival in Portugal with Rage against the machine, Bob Dlan, and Neil Young, The All Points West Festival in New York with Radiohead, Underworld, and Jack Johnson. His music features a broad range of funky tunes with ass shaking beats. He throws some of the wildest invitation only events in Los Angeles, regularly packing in 1000 or more people to artistic fueled musical extravaganzas.
Related Videos
Comments (6)