Remixlive is a free-to-download app for iPhones, iPads and happily also for the oft-neglected Android platform that seeks to strike a balance between immediate gratification and more in-depth editing features. It combines loops and finger drumming with a really clever and approachable design that means its learning curve is very gentle. Even a beginner should be able to figure this out in next to no time. It’s free, with add-on sound packs and some functionality unlocked via reasonably priced in-app purchases. As is often the case, this means you can get a really good feel for the app for free, then unlock extras if you decide you need them. 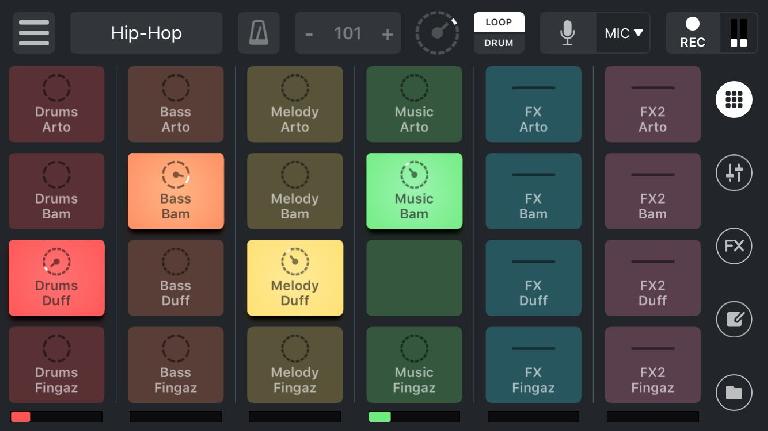 You can load “packs” which are themed by genre and have an embedded tempo and key. Once loaded, a pack provides you with 24 each of loops and pad sounds, clearly split across two sections. Typically you might start by firing off a couple of loops – drums and bass for example – then switching into the Drum section to jam live over the top. Again, content is organised logically and colour coded so it’s easy to work with. This is great fun and the sounds are excellent, but it’s only part of the story. 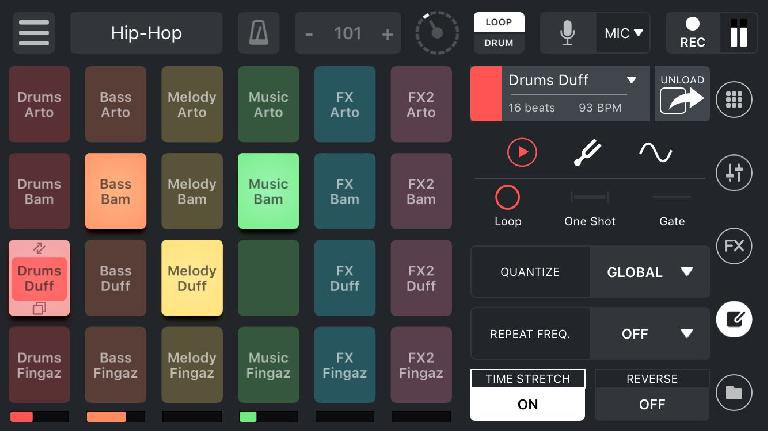 By flipping into Edit mode you can play around with any of the samples or loops assigned to any pad: move them to different pads, change their behaviour, transpose, mix or pan them, and even change their ADSR envelopes and do some basic waveform editing, though this last one is only possible after a one-off purchase. You can also record audio directly in to a pad with bar length and overdub capabilities (free) and import your own samples (paid) to customise your kits. A Loop Grid lets you record and edit your own patterns, though this is a sort of trigger sequence for pads and hits, not a conventional piano roll editor. You can also record live performances as audio files easily and export these by email or to the cloud, which is very quick and easy. 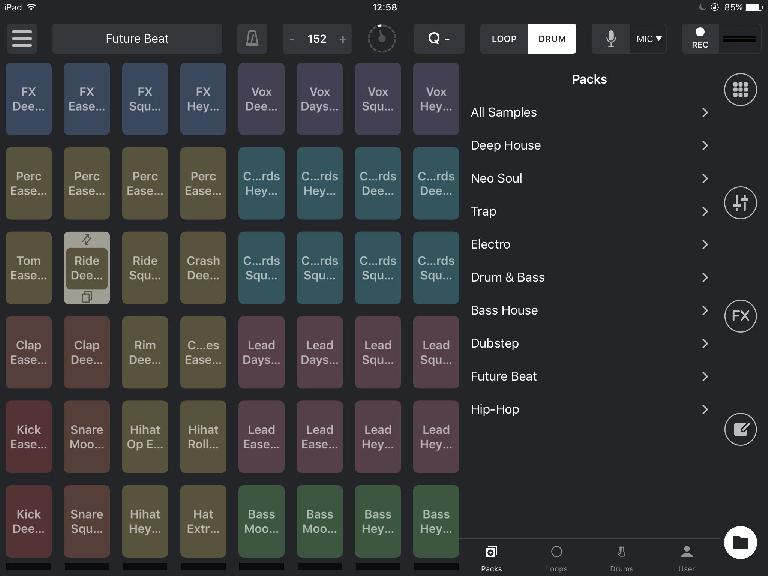 Next up is an FX section with an X/Y grid and a couple of bundled effects – delay and filter- with more available as a purchase. The effects are configurable and can be directed either at one of the six instrument channels or at the master channel with a simple tap. It’s great fun to play with and really helps to enhance the live performance element of Remixlive. In addition to level controls for the samples assigned to any pad, there’s also a mixer section with straightforward controls. Naturally, metronome, tempo and other controls are available and in the Settings section you can configure quantization, loop behaviours and much more including Ableton Link. 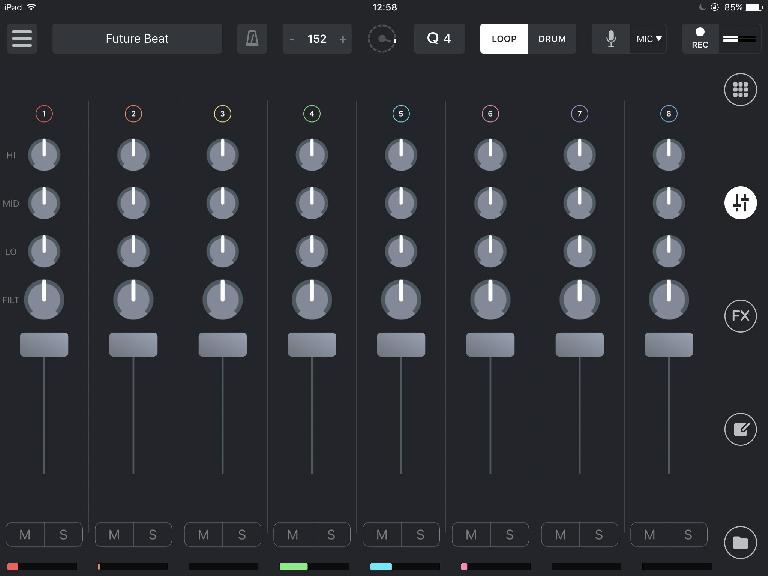 Remixlive is a very well designed app that packs a lot of functionality into its interface – I was especially impressed with the iPhone version which makes incredibly clever use of the smaller screen compared to the iPad (which is also great to use). The sounds are cool, usable and heavyweight and the app really encourages you to play it and be creative. Live fx and mixing, sample and pad editing and the ability to record or import your own sounds are the icing on the cake. Combined with other apps via Ableton Link this is really a fun yet powerful performance tool that offers much of its core functionality completely free.

Price: Free, with some in-app purchases.

Cons: I couldn’t put it down!