All Articles Flash
Making Your First Animation in the Adobe Flash Motion Editor
Geoff Blake on Tue, June 14th 0 comments
Language
Flash's Motion Editor makes it super-easy to visualize and edit your animation sequences. With it, we can control things like motion, color, effects, easing, and more.

Flash's Motion Editor makes it super-easy to visualize and edit your animation sequences. With it, we can control things like motion, color, effects, easing, and more. I'll spare you any more preamble; let's dive right into it!

Step 1 - Getting Things Set Up 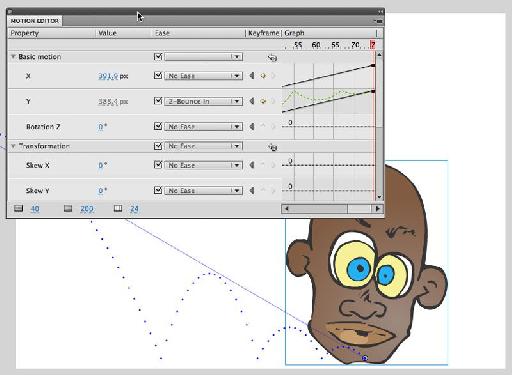 As you can see, there's a whole lot going on inside the Motion Editor. But let's try to simplify things here and divide the panel vertically. On the right you'll see a timeline with a red playhead. Go ahead and grab the playhead and drag it left and right to preview the animation you applied above via the Motion Presets panel.

On the left you'll see various categories like Basic motion, Transformation, and so on. You can "twist" these categories open and closed using the disclosure triangle to the left of each property. To simplify things, twist them all closed except for Basic motion (the first one). Notice too that on the right, each of these categories contains various properties (like X, Y, and Rotation Z within Basic motion, for example), and that each of these properties has its own timeline on the right, which is revealed or hidden when we expand or collapse the category. Horizontal lines on each property's timeline means that property isn't being used; there's nothing happening there. But property timelines that have sloping or angled lines indicate that that property is in use. Green dashed lines represent Easing. 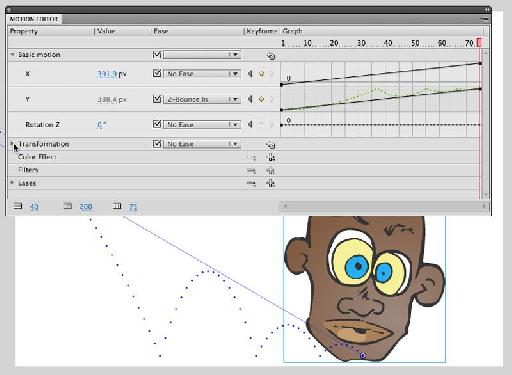 Furthermore, across the top of the Motion Editor window, we see headings for Property, Value, Ease, Keyframe and Graph. The parameters for each heading appear directly under those headings.

Now let's apply a simple color effect to our animation. In addition to the Motion Preset that we applied earlier, let's have the entire animation sequence fade in from 0% to 100%. Here's how to do it:

Look for the Color Effect category on the left. In my example, I can't expand it because my animation sequence doesn't contain any color transitions. To add a transition I'll click the Add button,  which is located towards the center of the panel (see screenshot below). 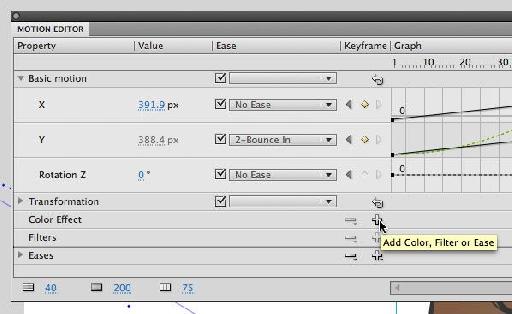 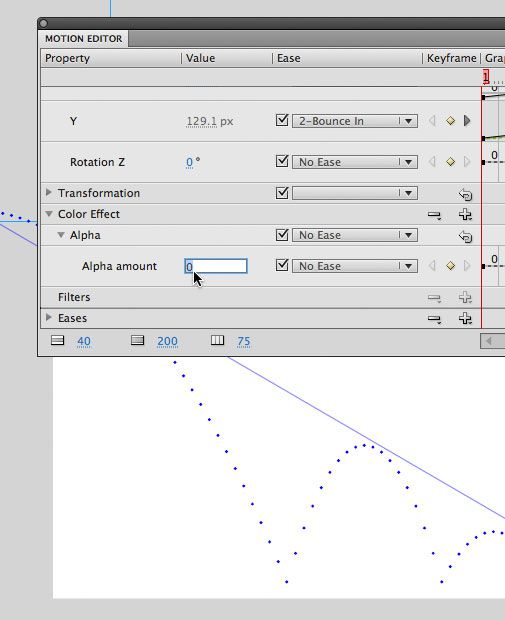 That's it! Try playing your movie back, or even better, choose Control > Test Movie > Test. I know this has been a brief introduction to Flash's Motion Editor, but I hope it puts you well on your way.

Geoff Blake
Geoff Blake is a book author, video presenter, designer, and visual artist. As an in demand live-on-stage software educator since 1997, Geoff has taught desktop publishing, web design and graphics courses all over North America and is regarded as an expert in Adobe's Creative Suite applications, as well as in HTML, CSS, WordPress, and related technologies. With his humorous, non-jargonny approach, Geoff produces highly regarded articles, video training and DVDs, and regularly contributes to top industry magazines and websites.
Related Videos
Comments (0)