All Articles InDesign
InDesign: Using Grids
Iain Anderson on Sat, August 5th 0 comments
Using grids when laying out documents can save you lots of time and effort while working in InDesign. Here's how you can leverage the power of grids to speed up your workflow.

While Adobe’s tools do cross over in functionality a little, if you’re placing lots of images on a page, you definitely want to be in InDesign. It’s got many, many ways to place images, and in this article, I’ll show you as many as I can, including all the tiny tricks that can shave hours or even days off a big job.

This icon is the key to filling every frame

Resizing the image to fill the frame is easy — Command-Option-Shift-C to Fill Frame Proportionally, or press the first box above the Auto-Fit checkbox in the Control Panel instead. To reposition the image inside the frame, you can click the Content Grabber (the circle/donut/focusing-aid) that appears when you hover over a frame containing an image, and then move the image with your mouse or the arrow keys. Conversely, you could also re-crop an image by resizing its containing frame with the Selection Tool.

Probably the most common technique is to resize an image and its containing frame proportionally, by holding Command and Shift as you resize the frame with the Selection Tool. (You could also use the Scale tool if you like.)

Place a grid of images at once 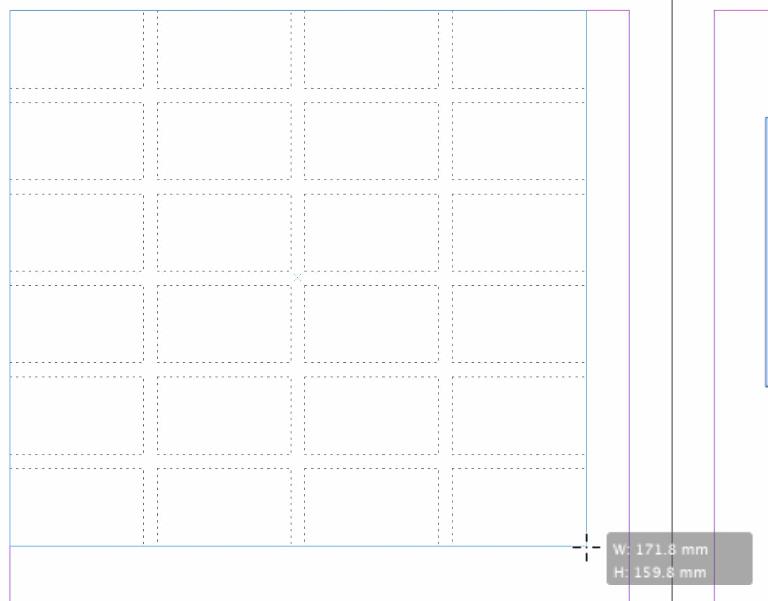 To throw a grid full of images onto a page is fairly straightforward. Choose File > Place (or Command-D) and then choose more than one image, by Shift-clicking to select images in a  sequence, or Command-clicking non-contiguous images. Press Open, and you’ll be back in your InDesign document with multiple images loaded in your cursor. Rather than placing these images individually, you can place a grid of images by holding Command and Shift as you click — but keep the mouse button held down!

While you’re holding the mouse button, press the right or left arrows to add or remove a column, and the up or down arrows to add or remove a row. Don’t release the mouse button yet, though — as soon as you let go, you’re done. Drag to make sure the grid is covering the right amount of space, then press Command and the arrow keys to adjust the gaps between the columns or rows of images. You’ll have to press these keys repeatedly to get the right gaps. Finally, if you think you’ve got it, let the mouse button go. Press Command-Option-Shift-C to Fill all the frames with their images at once.

If it’s not right after all, you can undo and then have another go, and the images you chose will pop back up into the loaded cursor you started with.

Create a grid of frames first, then place images manually 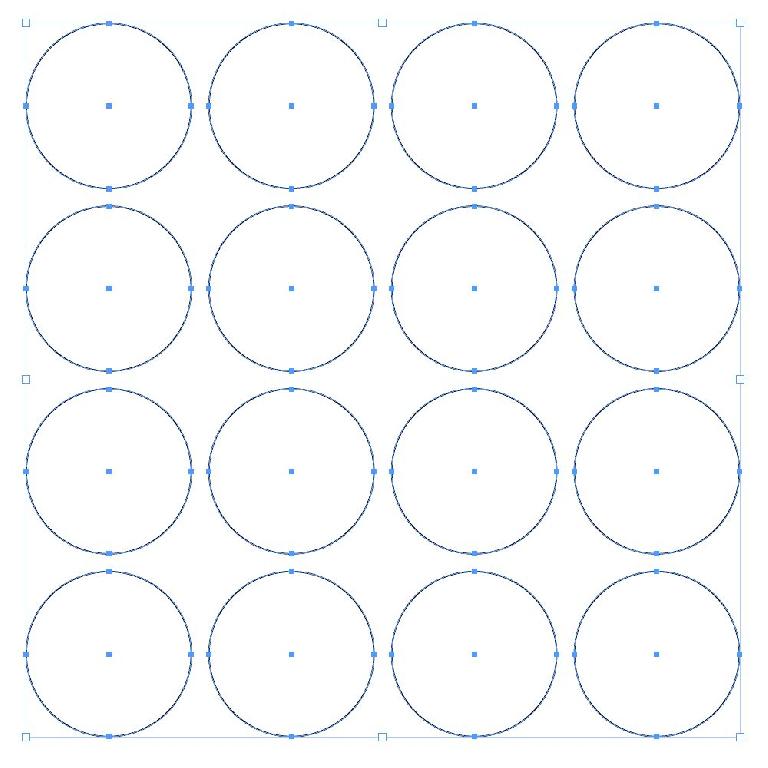 This time, a grid of circles instead

If that technique works for you, but you would rather place images one at a time to control their order, there’s a similar technique available with any of the shape tools. Pick the Rectangle Tool (or the Ellipse, Polygon or any Frame Tool) and start drawing where you want the top left object to be. Drag out to where you want the last object to end, but keep the mouse button down. As before, press the arrow keys to control how many rows and columns of shapes you’ll create, and Command-arrow keys to control the gaps between them. Finally, release the mouse button to finalise the effect.

One added bonus of working this way is that you can hold Shift as you release the mouse to place objects of equal width and height (squares, circles, regular polygons). Once you’ve got the frames as you want them, you can place a bunch of images at once, then click in each frame in whatever order you want. 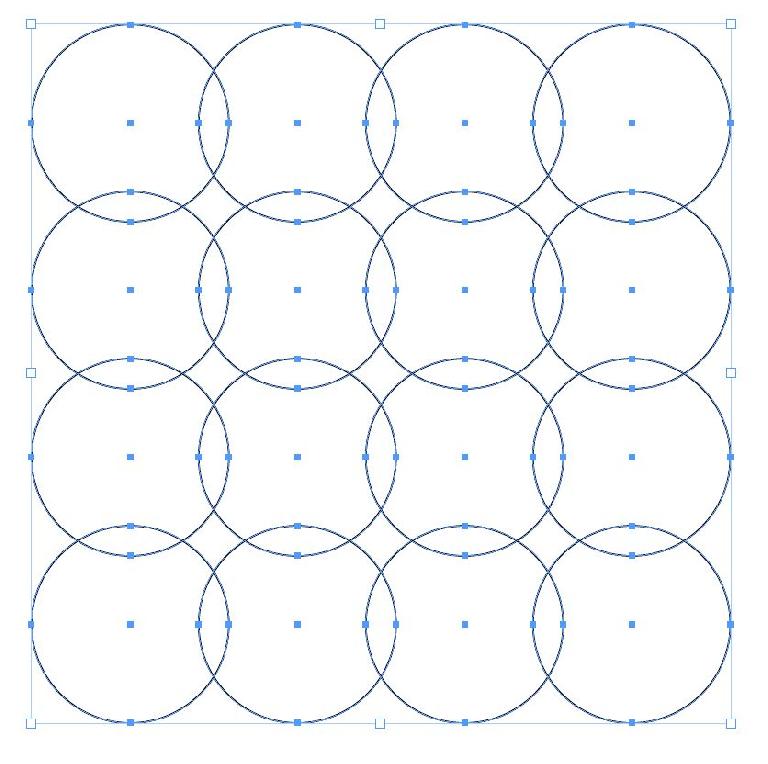 Hold Space while you resize the group to resize the gaps instead — in this case, making the circles overlap

If you’ve made a grid that’s too small, that’s easy to fix. Select all the shapes by dragging a selection outline around them, then hold Command and Shift as you adjust a corner or side handle. Everything resizes at once. But what if the frames are the right size, and the gaps between the frames are too big or too small? That’s easy too. Start dragging on a corner, then hold Space to keep the frames at the same size, but adjust the space between the frames. Drag in to make the gaps smaller, or out to make the gaps larger, and hold Shift as well if you want to keep proportions. 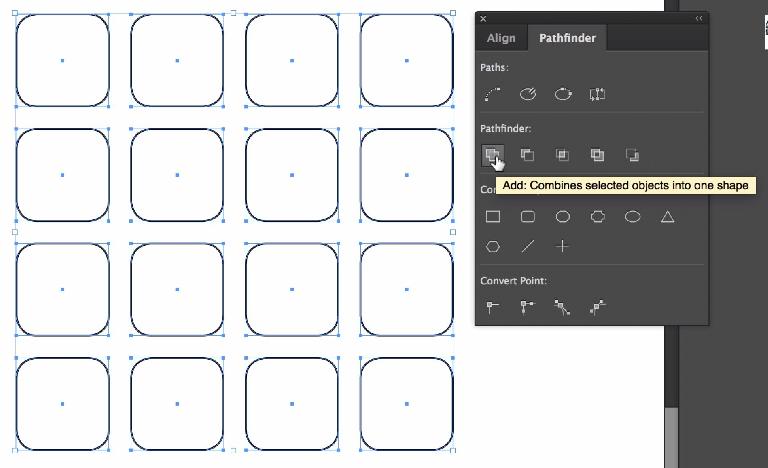 Though these shapes don’t overlap, they can still unite into a single shape 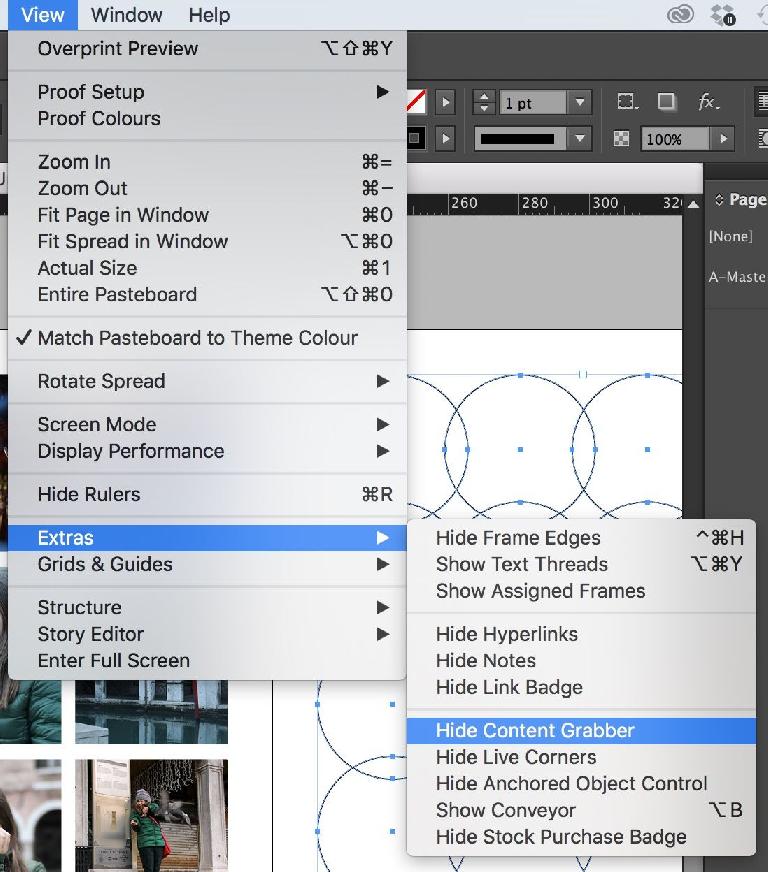 Ditch the Content Grabber if it’s getting in your way

After all that image wrangling, you might just be sick of the Content Grabber. After all, it can get in your way if you’re trying to select frames and you end up with their contents selected instead.

It’s easy to disable, with View > Extras > Hide Content Grabber. So how to select an image inside a frame? If you press A to choose the Direct Selection tool, you can now click on an image inside a box to select it. However, the little-known Shift-Escape shortcut for “select content” will also move your selection from a frame to the image inside it. Handy to know. 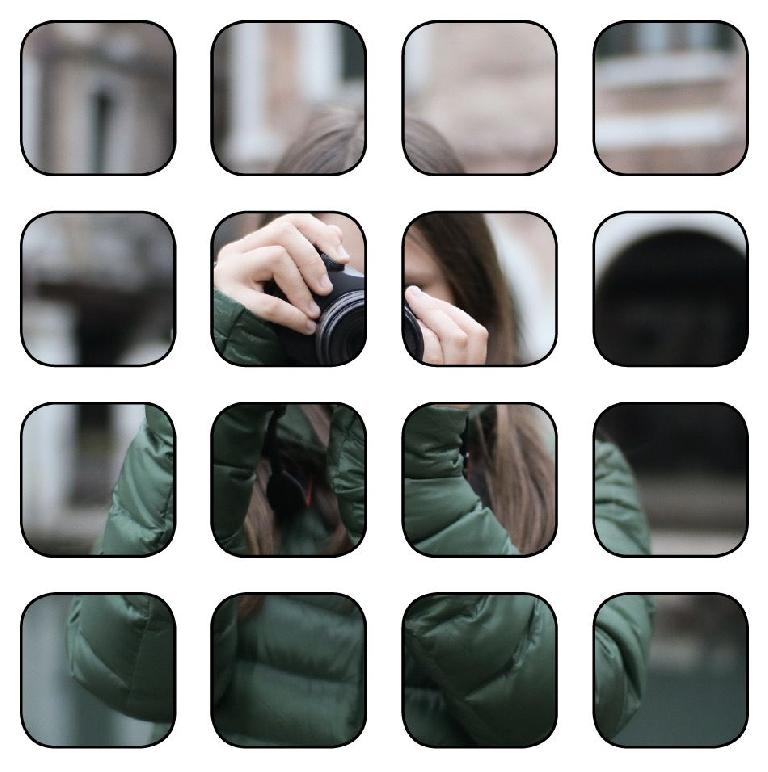 Those shapes from earlier with a single image inside

These grid techniques are a great starting point for laying out many photos at once, but they aren’t the whole story. If your project is on the larger side, you may prefer to use maths and precision adjustment in the Control Panel to position and to resize your frames. But if a more free-form approach suits you, these techniques will definitely help. Good luck, and watch out for a future article taking grids even further.

Learn more about layout and design with hundreds of hours of video tutorials at AskVideo.com.
Related

Dream It. Do It.
Do you want to learn Exploring The Interface?
Yes, I want to learn!
No Thanks, I just want to read the article.
Feedback
How are we doing?
We'd love your thoughts, feedback and questions regarding our new site. All feedback is appreciated!
We do not respond to this form! If you need support, please visit our support page.
Thank you for your input!
Your message has been successfully sent
Course Advisor
Don't Know Where To Start?
Ask A Course Advisor