All Articles Mixing & Mastering
When One Kick Just Isn't Enough - The Science Behind Layering Drums
Peter Schwartz on Fri, May 27th 3 comments
Language
Layering kicks is a great way to create a unique sound or feeling for your beats and grooves. Taking a thud-like kick and blending in another one with more snap, or adding a grungy techno-oriented...

Layering kicks is a great way to create a unique sound or feeling for your beats and grooves. Taking a thud-like kick and blending in another one with more snap, or adding a grungy techno-oriented kick to a deep 909 are just two examples of how you can set your kick sounds apart from the rest of the crowd. But sometimes, getting the attacks of two (or more) kicks to "marry" can be tricky. The key to success is a mixture of knowing just a little bit of acoustic science along with the best judge of what sounds good - your ears!

Depending on your zoom level, you'll see different things. In this view we see kind of an "overall shape" of the way the volume fluctuates in a piece of recorded audio. This is called the volume envelope. 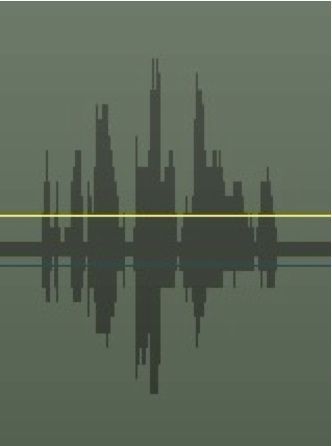 At this zoom level we can't see detail along the horizontal axis (left to right). We can only really see detail ("ish") along the vertical axis (volume envelope). This is still a useful view of things, because you can definitely get a feel for whether or not the peaks of the volume envelopes of multiple kicks, say, are in line with one another. This is what's referred to as phase alignment. If the peaks aren't phase aligned in this way, the sound could get smeary, or in extreme cases, they'd sound like they're flamming.

An important aspect of phase alignment is making sure that the peaks are all pointing in the same direction, and preferably "up" (in the positive direction). When the peaks of, say, two kick drums are aligned and pointing in the same direction, their peaks will reinforce one another sonically - volume-wise. If one kick's peak was inverted (peaking downward) then the volume energy from one kick will subtract from the other one. That's a kind of phase cancellation. There are two kinds: volume cancellation, and frequency cancellation. I'm just about to get to frequency...

What we can't see along the horizontal axis at more zoomed-out zoom levels is the frequency of the kick waveforms. 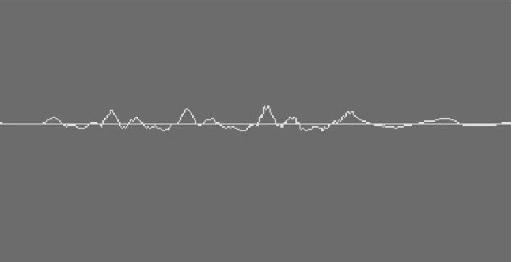 Not that I've ever known anyone to get so crazy as to try and tune multiple kicks so that their frequencies are the same (pretty much an impossible task anyway) but here's the point: the frequencies (pitches) of the kicks have to be just right in order for them not to cancel one another out, reinforce one another (in a sonically undesirable way), or beat with one another. So the choice of which kicks you're going to combine really has to be done by ear. Phase aligning them so that their peaks are coincident is an important step towards getting a cohesive kick sound from multiple kicks, but there's no guarantee that they'll combine nicely due to their frequency content. Sometimes it's possible, other times it's not.

So if you want to combine the flavor of several kicks, know right from the start that you're not always going to bat 1000 even if the kicks are aligned.

And that brings me to...

When combining multiple kicks, one of them should always be the "main" kick, with the others adding some kind of flavor. If you combine multiple kicks and you just can't get them to sing nicely together, try reducing the volume of the "flavor" kicks. There's nothing scientific about this approach other than using your ear to try and make something sound good that's not otherwise working.

The idea of "fudge factor" is that phase aligning kicks may not produce the most desirable result after all! You may find that advancing (or delaying) the sound of the "flavor kicks" by a tick or two will suddenly cause those kicks to blend.

So yes, indeed, try to get multiple kicks, claps, and snares to be phase aligned in terms of their volume envelopes. But if you find that the sound isn't working, start employing the "fudge factor", using your ear as your guide to get the sound you want.

Here we see two stock Apple loops laid up into the arrange page. Zooming in a fair amount reveals that the kicks in these loops are far from being phased aligned. 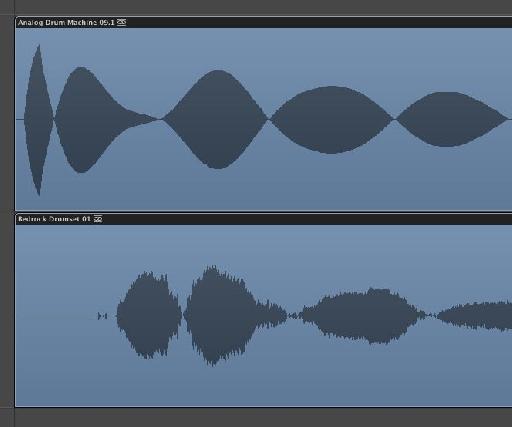 If you listen closely to the attacks of the kick drums in the audio clip (repeated four times) you'll hear a little sloppiness (flamming) when the kicks hit. The sloppiness is subtle, but definitely there:

For comparison, and especially if you didn't hear anything wrong with the first clip, listen to this next clip in which I recorded the results of phase aligning the kicks (by eye) in the arrange page (see image below). The kicks no longer flam. 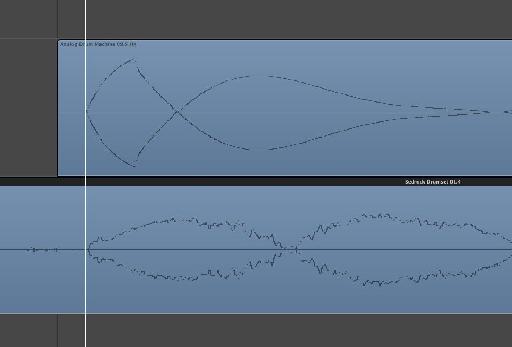 You can easily try the same experiment with your system. Simply load up the stock Apple loops "Analog Drum Machine 09" and "Bedrock Drumset 01" onto two tracks in your arrangement. Adjust the level of one loop against the other so that they're roughly equal. Then zoom way in so you can see the waveforms down to sample level (or even near sample level) and adjust the position of one loop against the other until the kicks on the downbeat are aligned.

Peter Schwartz isn't only an expert on all things Logic... Check out his MIDI 101 Video Tutorial to learn everything you need to know about MIDI!

Peter Schwartz
Peter Schwartz, composer, orchestrator, arranger, pianist, synthesist, and musical director, began piano studies at age 5 and went on to earn a degree in piano performance from Manhattan School of Music. It wasn't long afterward that he began working as a product specialist for New England Digital (Synclavier) and also as a sound programmer and design consultant for Korg. Meanwhile, Peter began to pave his way into the music business, and as a session keyboardist and arranger, eventually amassing a dizzying number of A-list artists to his client roster and discography. Peter has served as musical director for David Bowie, Madonna, The Pet Shop Boys, Enya, and many more. In more recent years, he has endeavored to make his mark as a composer for TV and film, adding Fox, Disneytoons, Warner Bros., Mattel, and The Gates Foundation to his filmography. Peter resides in Los Angeles with his wife Sharon, dogs Boing and Loosie, a bass clarinet and a bassoon.
Related Videos
Comments (3)