All Articles Music Theory & Education
Music Theory : Expanding Your Chord Vocabulary Beyond Major and Minor
Matt Vanacoro on Mon, November 28th 0 comments
Language
If you're stuck in a cycle of major and minor when composing this music theory tutorial to help you break out and explore four types of lesser used chords that can transform your songwriting skills.

When writing tunes, many budding songwriters don’t often go beyond major and minor. After all, they’re the two harmonic qualities we all often learn first and probably the simplest to understand. More sophisticated songwriting, however, goes beyond the simple diatonic choices, and there are a lot more choices out there than your standard ‘Maj’ and ‘Min’ chords! Let’s look at four types of chords that you likely aren’t using enough in your songwriting.

Augmented chords are pretty easy to understand and simple to construct. Take a simple major chord (a root, major 3rd, and a 5th) and raise the top note. The distance between the root and the top note now becomes 8 half steps, and you’ve got an augmented chord. Listen to the dissonance involved in stacking 2 major third intervals on top of each other.

Augmented chords are great for conveying a sense of motion. They definitely don’t ‘feel’ like a chord you end on, but they definitely feel like they are going somewhere. Try using an augmented I chord after a major one, then follow it up with a IV chord. In other words, use a C, then a C augmented, then an F chord. You can hear that top note being ‘pulled’ towards the third of the F chord. 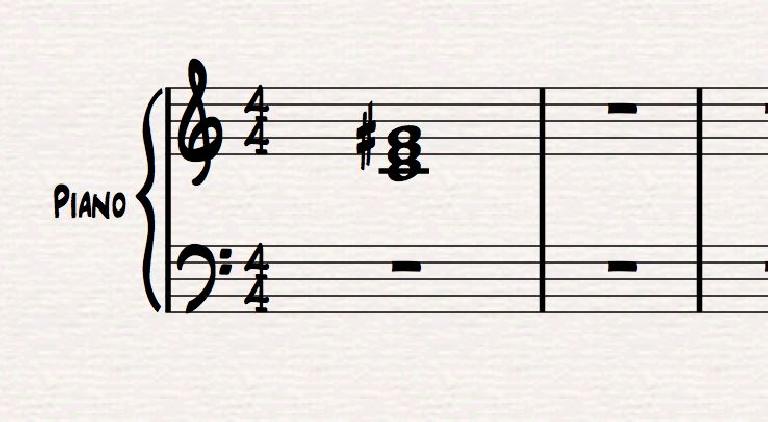 Diminished and Half Diminished

To make a diminished chord, make a simple minor chord, then lower the top note (the 5th of the chord). You’ll hear tension, darkness, dissonance, and you’ll love it! The distance between the lowest and highest note is now a tritone, a very dissonant interval that really ‘sticks out’. A clever way to work in a diminished chord into your repertoire is to play a major one, then simply move the root up a half step. Take a C major chord, move the C up to a C sharp but leave the other notes intact, and you’ve got a C# diminished. This chord will really want to ‘move’ to a D minor chord, but it’s not required! 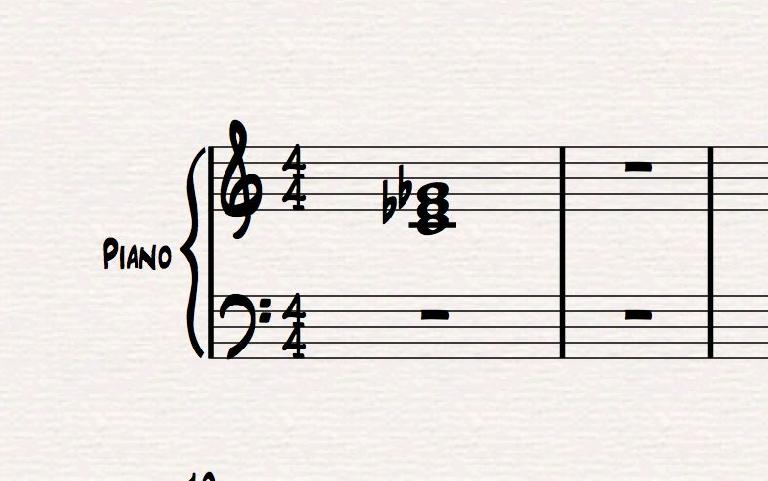 If you add a minor seventh to this chord, it becomes a half diminished chord. For a fully diminished seventh chord, you’ve actually got to lower the 7th a half step below minor. This gives you 4 minor thirds stacked on top of one another. Wow! What’s darker than that? Only Nigel Tufnel knows…

Perhaps all that talk of sevenths in the diminished section made your head spin a bit. Let’s break down 7th chords. A typical triad chord is made up of three notes—a root, third, and fifth. If you add one more note, a third above the fifth, you get a seventh chord. Seventh chords have 4 notes, and there are a few types of them, depending on how you build the seventh and what kind of chord you are building it on.

If your chord is minor, and you add a minor seventh on top of it, then you’ve got a ‘Minor Seventh Chord’. This can trend jazzy or rock sounding, and you can improvise with the dorian mode over it for some pretty fun results (see our article on choosing scales and improvising for some tips!). Finally, with a minor chord you can also add a major seventh for a ‘Minor Chord Maj 7th’ tonality. This one is pretty ‘out there’, and it can really grab the listener’s attention!

Inversions are a fantastic way to use your intended harmony but in a different context. Perhaps you feel that a C chord is the perfect chord for the song at that point, but you’ve been using a C chord for a while and wish you could change things up slightly. An inversion is when you take the same chord, and rearrange the notes so that the root of the chord is no longer on the bottom.

I’ll often use an inversion when I’m going back to a chord in the middle of a phrase and don’t want to give a sense of ‘finality’. Inverted chords also help to convey motion, so using them mid-phrase can let you land on a chord, but keep things moving harmonically. They also help if you find yourself ‘sitting’ on a single chord for a long time. Instead of 4 measures of C, why not do two measures of C, and two measures of C over an E bass?

It can be very easy to ‘fall into’ the trap of only using major and minor chords in songwriting. We often get so excited by a catchy melody, a clever chord progression, or a neat hook and forget that there are more options out there besides major and minor. Revisit some of your work and think about adding some harmonic color with alternative chords!

Dream It. Do It.
Do you want to learn Building Chord Progressions?
Yes, I want to learn!
No Thanks, I just want to read the article.
Feedback
How are we doing?
We'd love your thoughts, feedback and questions regarding our new site. All feedback is appreciated!
We do not respond to this form! If you need support, please visit our support page.
Thank you for your input!
Your message has been successfully sent
Course Advisor
Don't Know Where To Start?
Ask A Course Advisor