Whether you’re playing piano parts for a singer/songwriter or laying down some keyboard tracks for your latest electronic piece, the way you approach playing the chords will have a huge effect on your entire arrangement. When musicians talk about ‘comping’ chords, they are referring to playing accompaniment patterns to support the melody with an underlying harmony. There are quite a few different ways to do this, and developing your own comping style is a critical part of your compositional and keyboard development.

One of the common mistakes I encounter when working with beginner singer/songwriters who accompany themselves on piano is doubling between the top voice of the accompaniment and the vocal line. While there are always exceptions, in general it is a good idea to allow the melody note to exist without any ‘help’ from the accompaniment. If you’re voicing a chord, try to keep the top note of the chord different from your melody note. Doubling it (except when you do it quite deliberately) can sound like you’re trying to ‘help’ your singer stay on key, and it often creates a very bland texture since instead of a harmony between your vocalist and your top accompaniment note you have a simple unison. Again, it’s not a hard and fast rule, and there are many times where you may want to double a line, but let’s keep in mind - the purpose of learning a lot of these rules is also to know when you’re purposefully breaking them!

In this example, look at how the main part of the chord contains no notes that are more than a whole step away from each other. I’ve added both a 7th and a 9th, and the left hand is playing a simple bass note an octave below the chord. This style is very dense, and may not work well with a ton of other instruments playing in the same register, but if the arrangement is sparse and there’s not a lot going on in the mid range, this can keep the piano out of the way of the vocal or melody line and even give a sense of space through the entire arrangement.

If the arrangement is dense in the mid range with instruments, one thing I often do as a pianist is think about how I can spread out my voicing. I don’t want to add to the crowded frequency in the middle, but I want to support the underlying harmony, so I’ll try to spread things out a bit and make the accompaniment seem ‘lighter’.

In the example below, I’ve taken the same basic chords from the previous example and spread them out a bit. Notice how every note of the chord is at least a 4th away from the other note. Another cool thing this affords me is a little more flexibility in where I put each note of the chord. In this example, you’ll see the ‘C’ in the top voice can actually be used in both chords, creating a connection between the 2 chords. More on that later! 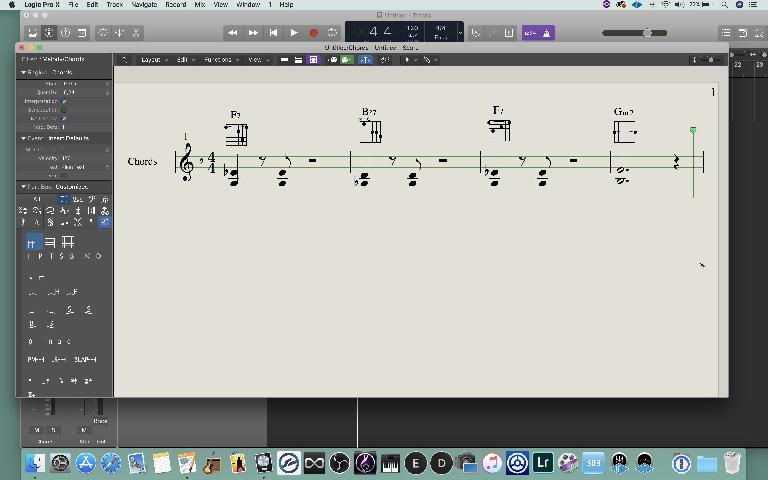 If you listen to a lot of jazz, you’ll hear quite a few keyboard players who utilize some very minimalist voicing. In the example above, you can see that I’ve comped with only 2 notes. I tried to pick very important notes: in this case, the 3rd and the 7th of the chord. I’m guessing that there will be enough ‘root’ to go around because the bass player will likely play it, and the ‘feel’ of the root will be there as enough of the harmony is implied, so I’ve put in the 3rd (because that note denotes that the chord is major or minor) and the 7th (because it’s a dissonant tone and will give it some edge). Chick Corea is a master of implying chords from simple to complex using only a few (or sometimes even single) notes. Check out some of his comping on songs like ‘Got a Match’ or ‘Spain’.

Back when we were taking a look at open voicing, you might have noticed that in the C to F chord I was able to utilize the same note between 2 chords. Utilizing these common tones when comping is a great way to smooth out the comping pattern to make it more ‘supportive’ rather than ‘front and center’. It gives a consistency to the ear that allows the listener to focus a bit more on the melody - something that is great to achieve in a comping pattern!

In this example, you can see the top note stays consistent as the chords move underneath. When it moves to a chord that doesn’t contain a D, like the A minor, I retain the ‘D’ anyway. This gives a nice suspended flavor to the chord and creates a slight dissonance that isn’t very jarring to the ear due to the note being used in the preceding and following chord. 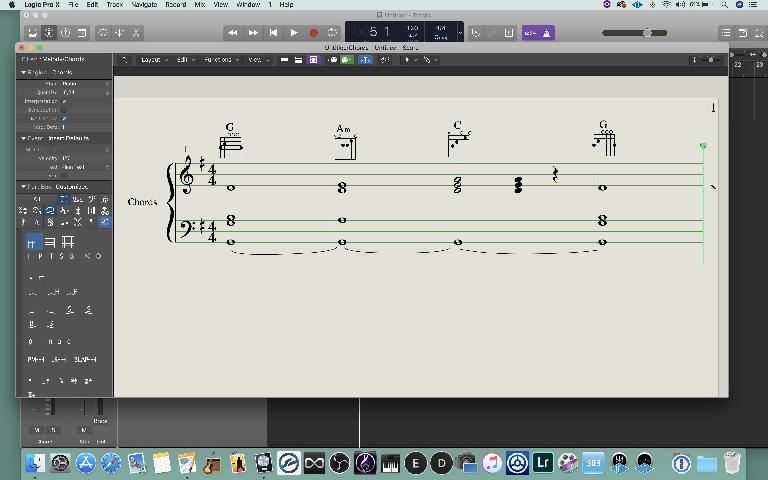 Now I’m not talking about the kind the FBI fly over your house, here. Using a drone is a technique that is as established as pedaled organ music from days of old! Keeping a common tone in the bass area is a great technique when you have several chords in a row that contain the same note. It brings a sophistication and consistency to your accompaniment that can be really beautiful. Check out how these 4 chords sound over a common G bass. Even the A minor, which doesn’t necessarily have a G in it (unless you consider it an Am7) seems to fit in with this progression due to the common nature of the G between the other chords.

These are just 5 helpful tips, but they are only the tip of the iceberg! Next time you have to accompany a vocalist, don’t mentally check out just because you aren’t the main idea - you can be incredibly creative with your accompaniment and craft some excellent textures with advanced comping techniques!