All Articles Native Instruments
4 Features To Love in The Latest Komplete Kontrol Software
Matt Vanacoro on Tue, November 1st 0 comments
Language
If you have a Komplete Control series keyboard controller then you'll appreciate just how powerful it is. And the latest version of Komplete Control software deserves your full attention. Here's why.

Komplete Kontrol from Native Instruments has been out long enough to go through several software revisions to accompany the hardware. Whether you have a smaller, table-top version or the 88 key beast, keeping your software up to date with the latest offering from NI has brought quite a few benefits over the last year. Here’s four of my favorite reasons you may want to fire up Service Center/Native Access and check out what NI has to offer with the latest version of Komplete Kontrol.

This one was a bombshell, and if you haven’t updated yet it may be the most significant reason to do so. In addition to being able to browse your Komplete library and all of your Kontakt instruments, you can now integrate third-party VST instruments into Komplete Kontrol. Not only can you browse them hosted inside of the Komplete Kontrol software, but you can integrate your own custom tagging, browsing, and parameter mapping for the S-Series keyboards. Sweet! 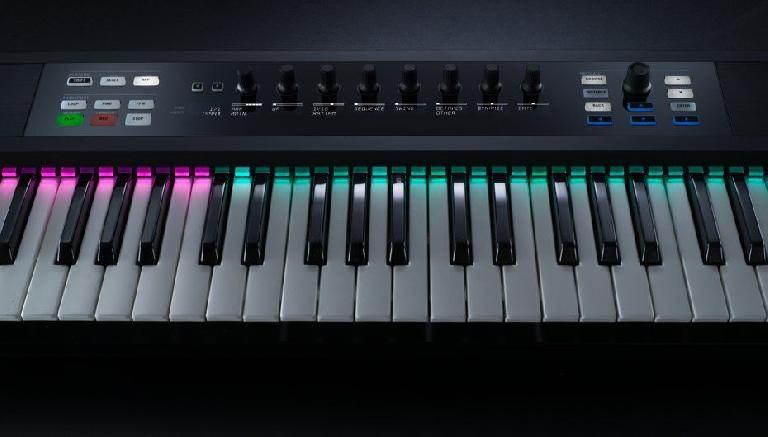 Maybe you really dug the hardware side of Komplete Kontrol but disagreed with some of their mapping choices? Well, locked into NI’s choices we are no longer! (Just try not to read that in Yoda’s voice.) Simply open up the control panel at the top of the KK window and click the ‘lock’ icon in the upper right corner. You can now map any parameter you want to the front page, and you can also add pages as you see fit!

The arpeggiator has been tweaked a bit with just about every iteration of Komplete Kontrol. Early on, NI added the arpeggiator latch mode. This increased functionality quite a bit as you could let the arpeggiator run while you customize your sound with the eight control knobs or prepare for the next chord. Later on, NI also added some smart play arpeggiator features such as retriever, repeat, offset, inversion, and range parameters. Things are getting really interesting under the hood, now!

Separately from the VST integration, NI has also beefed up the way that Komplete Kontrol ‘talks’ to other software. Logic Pro X and GarageBand now support an automatic configuration completely with transport control. The NKS standard is now open to developers so that third-party instruments can support Komplete Kontrol, customized mapping and all, right out of the box. It’s getting to the point where the line can be very blurry between first-party Native Instruments sounds and third-party sample libraries.

It’s a new era of control for sure if you’re deep in the Native Instruments ecosystem. As a Komplete Kontrol owner myself, I’ve been very happy with the updates they’ve released so far. Down the road I’m holding out that we can map multiple parameters to a single knob, and I would also love to see the ability to make layers, splits, and combinations right within Komplete Kontrol. And is it too much to ask for customized control of the light guide? Hopefully not!

Learn Komplete Kontrol inside out in the AskAudio Academy here.
Related

Dream It. Do It.
Do you want to learn Kontrol Explored?
Yes, I want to learn!
No Thanks, I just want to read the article.
Feedback
How are we doing?
We'd love your thoughts, feedback and questions regarding our new site. All feedback is appreciated!
We do not respond to this form! If you need support, please visit our support page.
Thank you for your input!
Your message has been successfully sent
Course Advisor
Don't Know Where To Start?
Ask A Course Advisor