All Articles Native Instruments
5 Steps to Getting Started With Native Instruments Kontakt
Matt Vanacoro on Sat, September 5th 0 comments
Language
Kontakt has become one of the most popular and respected software samplers for modern musicians. If you're relatively new to Kontakt then these 5 steps will get you up and running in no time.

Rather than my typical list of secrets about a particular instrument or DAW program, I thought this month I’d shake it up a bit. Here are 5 important tips I absolutely wish somebody had told me when I first started using the powerhouse megasampler Kontakt from Native Instruments. Hopefully, if you’re getting started with Kontakt (or even if you’ve been using it for a while!) these tips will save you valuable time in your workflow. 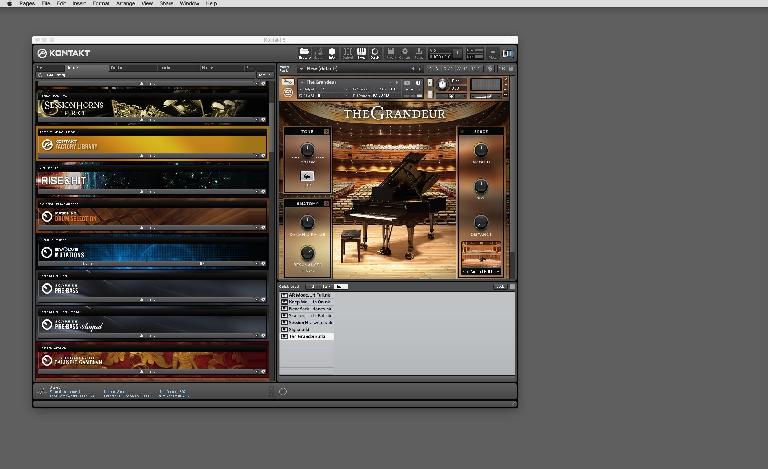 Quick Load, why are you so neglected?

It’s so easily overlooked, and it’s one of the best features of Kontakt if you find yourself reaching for your favorite instruments often. Just to the right of the ‘keyboard’ button at the top menu bar, click on the ‘quick’ button and you’ll be treated to Kontakt’s Quick Load menu. You can drag and drop your favorite multis, banks, and instruments into the menu. If you find yourself reaching for a similar set of instruments often, you’d be nuts to waste valuable session time hunting around that huge library. Put them in the quick load menu and call it a day!

Ok, you know how you pick out one sound, decide you want to use another so you browse a bit, double-click on a preset, play some notes… and still hear the original sound? I know, it drove me nuts too. When you have a sound loaded up in the rack and you double-click a different patch, Kontakt automatically keeps your previous sound and adds a new sound on MIDI channel 2. Of course, since your controller is set to MIDI channel 1, you won’t hear your new sound when you play!

Well, it doesn’t have to be this way! Instead of deleting your original sound and then instantiating your new one, simply drag and drop the NKI file onto the current sound that exists in the rack. Voila! The current sound will disappear, and your new sound will appear, already routed to MIDI channel 1. It’s a great time saver if you’re looking to browse through your library and don’t want to use Komplete Kontrol. 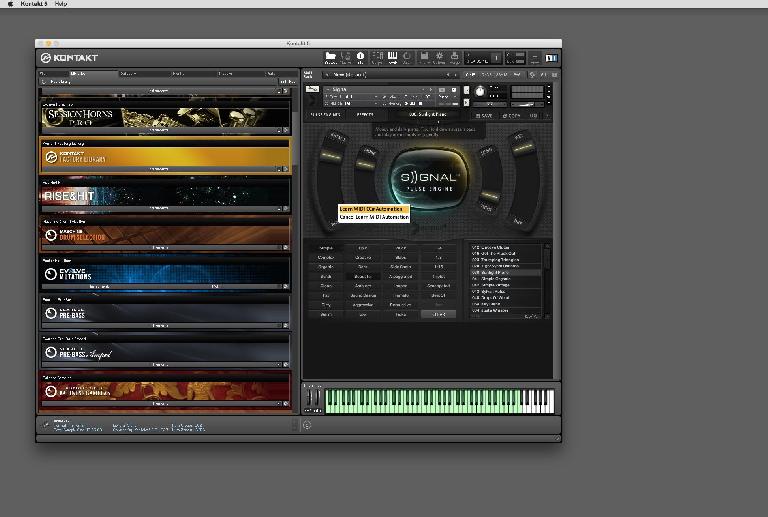 See? You CAN teach Kontakt some new tricks!

Want to take advantage of that fancy MIDI controller you bought with over 300 buttons, lights, and knobs? You don’t have to worry about what knob is transmitting what message on what MIDI channel… All you have to know is where the right mouse button is.

Right-click on a controller on the instrument inside of the Kontakt window and you’ll be treated to the ‘learn MIDI CC automation’ dialog box. Click it, then touch something on your MIDI controller. Whatever you touch will now control that knob on the screen. Pretty cool, right? If you’re not happy with a mapping, simply right-click it and you can remove it. 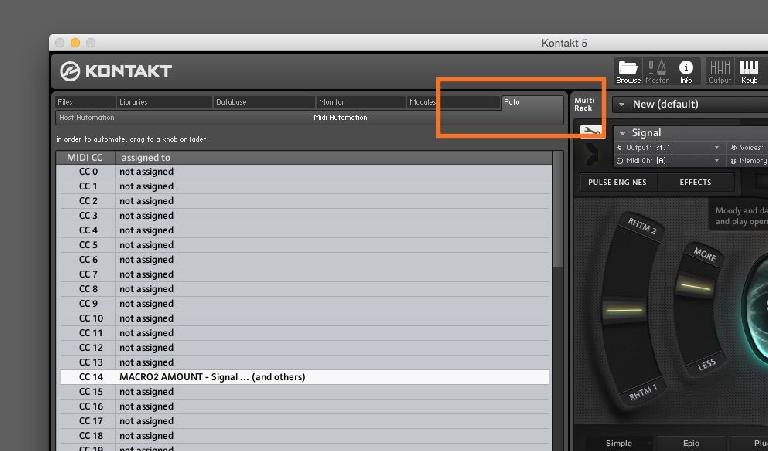 As if that amount of control wasn’t enough, you can even click on the ‘auto’ menu in the navigation area (upper left corner of the window) and you’ll be treated to a top down view of all the assignments you made. Here, you can easily invert a routing if you like! Why not have a single knob move one control up while moving another one down? You can make some pretty drastic adjustments in tone that way.

In the options menu under ‘engine’ you’ll be able to adjust Kontakt’s multiprocessor support options. Of course, when running Kontakt in standalone mode you’re going to want Kontakt to utilize all those cores you paid so much for. However, did you know that this option can sometimes work against you when hosting Kontakt in another audio program?

MainStage, for example, has excellent multi-core handling and does all the heavy lifting in that respect for you. In that case, you want MainStage managing your multicore support and Kontakt to disable said support. Each DAW or audio program handles this differently, so be sure to research which will work best for your needs. I noticed a dramatic shift in CPU dropouts when I disabled multicore for the AU plugin but left it enabled for the standalone app on my laptop. 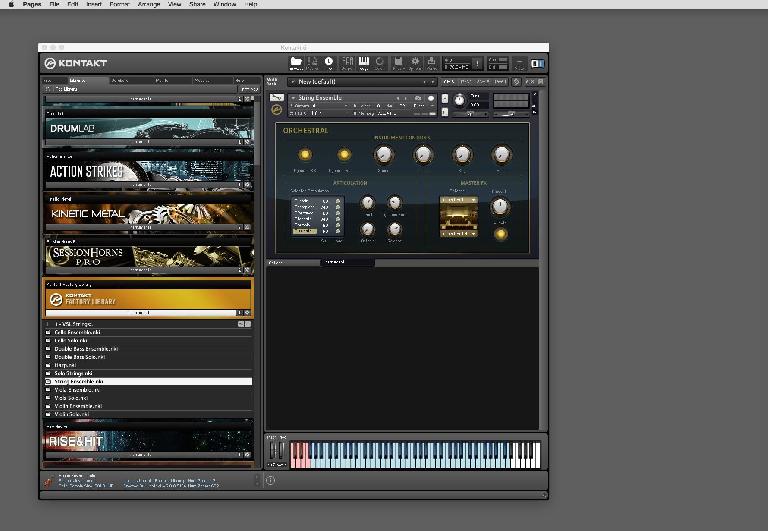 See those different colored keys? They actually do stuff!

Kontakt’s keyboard will show multicolored keys for many patches. In fact, even the most basic patch that utilizes a single color still has significance! The blue colored keys represent sampled notes. In general, when playing back a high-quality sampled instrument, you don’t want the computer to ‘generate’ sound. If it’s high quality, there is likely a sample for every single key. The blue notes represent the sampled area. If you take a strings patch, it will mean the blue notes show the range of the patch you are using, and anything outside that range isn’t playable. Of course you could monkey around in the engine and get Kontakt to ‘stretch’ the pitch of the top note up and give you more range, but the quality won’t be the same and you’ll also be outside of the physical area that instrument can actually play.

The other colors can represent a number of different thing. Sometimes an instrument will use keyswitches to change articulations (such as from bowed strings to plucked) and you’ll see pink-ish colored keys to show you what notes will make that switch for you. Many instruments may have loops, one-shot samples, or other scripting ready to go at the simple press of a key. Take notice of these colors and make the most of using them as a guide!

Kontakt is an incredibly deep instrument, and the richness of the programming engine allows for developers to create some truly inspiring instruments that combine elements of synthesis with elements of sample playback. Use these tips to get the most out of the included instruments as well as 3rd-party ones that you add on yourself!