All Articles Native Instruments
8 Essential Traktor Tips
Hollin Jones on Fri, February 8th 0 comments
Language
There's a myriad of ways to set up Traktor to do just about anything you want. These eight tips will help you tame Traktor and stay in control, so you can concentrate on DJing like a pro.

There's a myriad of ways to setup Traktor to do just about anything you want to. Don't be overwhelmed! These eight tips will help you tame Traktor and stay in control, so you can concentrate on DJing like a pro.

Crossfading is really important when DJing and Traktor is able to automatically crossfade between decks. It's possible to change the duration of the automatic crossfade by going into the Preferences > Mixer section and choosing a duration from the Crossfader section. You can also vary the character of the fade from smooth to sharp. 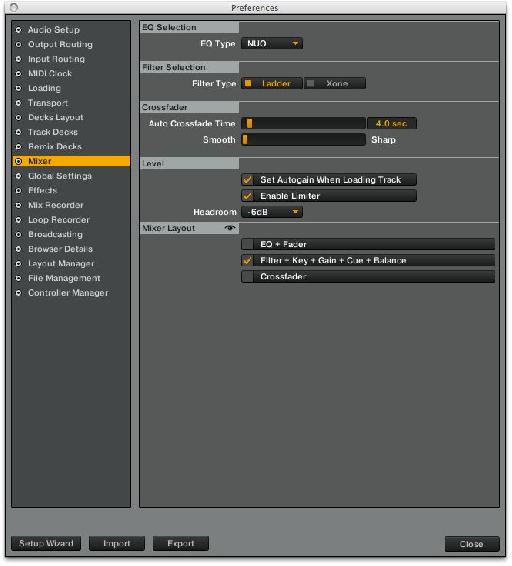 At the top right hand corner of Traktor's main window, you will see a tiny cassette tape icon. Click on this and you can record your whole performance as a stereo audio file with options including cutting to start new recordings, setting gain and also broadcasting live over the internet if you have configured this in the Preferences.

If you hold down the Shift key on your keyboard while moving, most variable controls in Traktor '" for example the tempo sliders or FX rotary controls '" you can make smaller and more precise changes. Releasing the Shift key returns the rate of movement to normal, which is a much swifter way to make dramatic changes.

Pressing the loop length buttons in any playback deck while it is running will place a loop around the current track of whatever length the button denotes. So for example if you hit the Â½ button right on a beat, it should create an instant half bar loop. Click on any other button to change the length of the loop, making it easy to quickly go to smaller and smaller divisions before releasing the loop back into the track playing normally. Tip 5 - On The Fly Additions

Drop a loop or a track into the sample slot under a deck and control it live to add extra elements to a mix without having to use a whole deck to do so. They can be triggered and retriggered independently of the decks, synced with them and can also use effects. Use these to add new parts on the fly while performing. 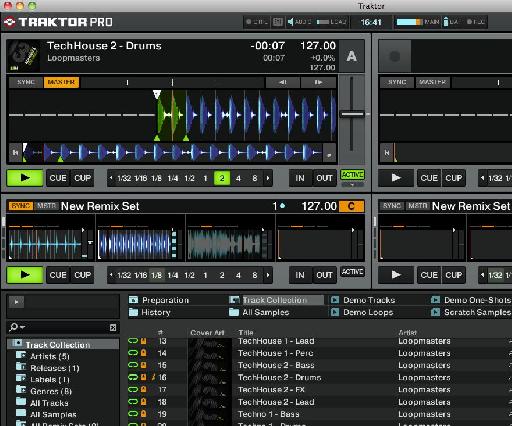 Click the arrow button under the active button for any deck and you will see a window that lets you manage beat markers, loop controls and the grid that Traktor uses for analysis for each track, as well as settings for all of these. Load and save settings here, and customize the way that the software responds.

In the file browser you can click the filter arrow to search not just by file name but also by attribute like artist, bitrate, label, producer and so on. One of the most handy uses for searching in this way is to search by BPM, enabling you to quickly identify tracks of a similar or identical tempo to the one that's playing. If nothing matches exactly, Traktor will display tracks with similar BPMs. 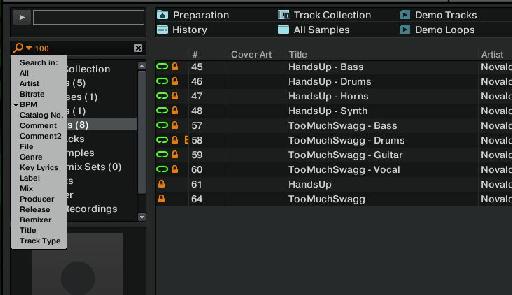 If you like lots of effects and have a powerful laptop, you can go into Preferences > FX and switch from 2 to 4 FX units. The FX panels can also be switched to work as either single or group effects. They can be set independently per slot, and you can even tailor what effects will appear in the list. So if there are some that you never use, simply leave them invisible. 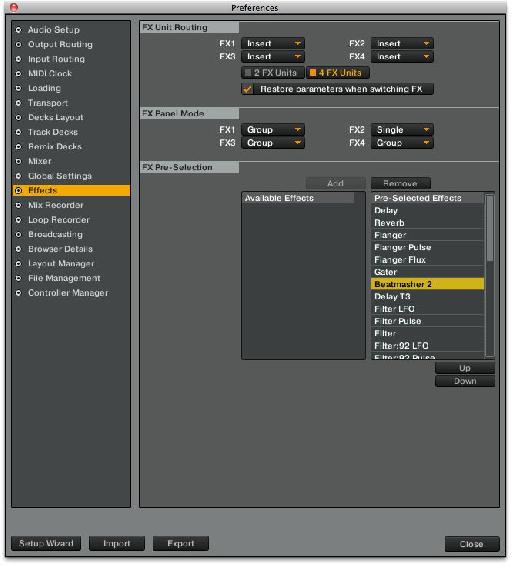