All Articles Music Theory & Education
Orchestration Tips: Making Horns Sound Real in Kontakt
Matt Vanacoro on Sat, December 31st 1 comments
Language
If you're going for great-sounding realistic horns in your productions, Matt Vanacoro is here to share tips on how to turn humdrum horns into something more inspiring.

Sample libraries are getting far more sophisticated with layers of programming, scripting, and control all added into the mix. Making your software instruments behave and sound like their real counterparts has never been more approachable as it is now. I’d like to zoom in a bit and focus on horn sounds, and how to use Kontakt to get a killer and realistic horn section. 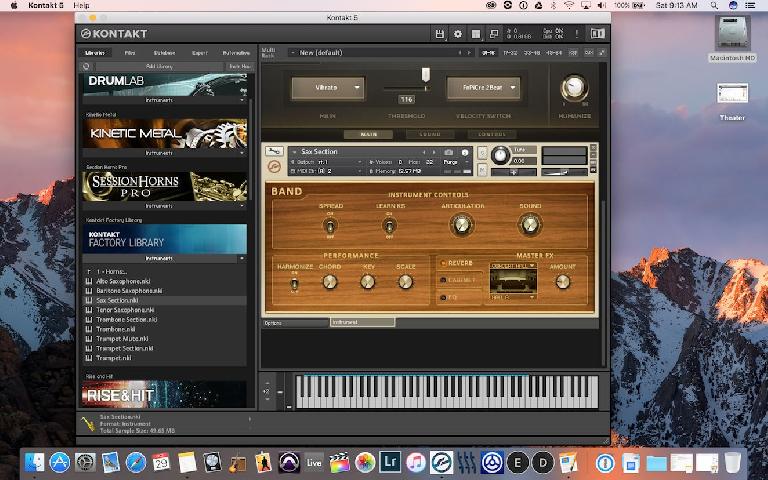 A traditional ‘horn section’ patch has an entire horn section all mixed in together every time you hit a note. If you call up a horn section from the ‘Factory Library’ in Kontakt, you’ll get a patch like this. This is an older way to get a horn sound, and it offers the least flexibility. This isn’t to say there’s no use for this type of patch—quite the contrary! It’s ‘lean and mean’ and will use very little CPU and memory. If I’ve got a quick line to play and I’m working on a project that has a particularly large amount of tracks, I’ll call up this patch to sketch out the horn idea before devoting more time to a carefully constructed sound later. 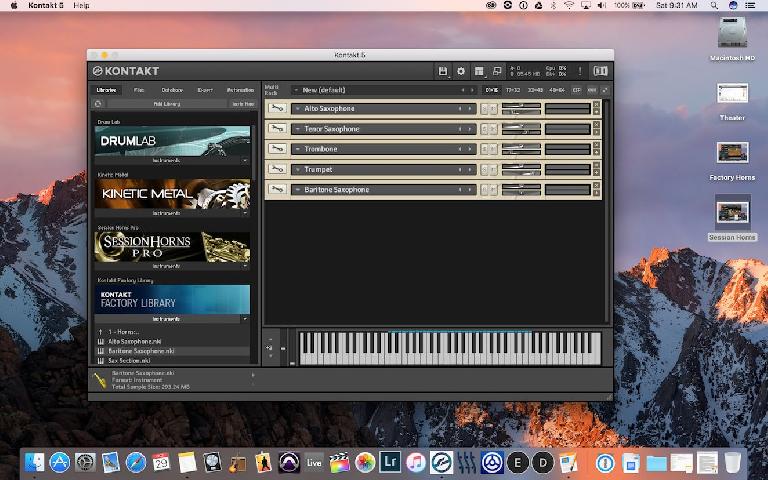 One of the first ways I would create a more realistic horn section sound a few years ago would be to create a ‘multi’ in Kontakt with each instrument in the horn section occupying its own realistic space. Rather than use a ‘horn section’ patch, I’d actually call up a trombone patch, trumpet patch, various sax patches, and then I would restrict them to the range in which they could reasonably play in real life. Then I’d pan each one around a bit so they would occupy different sonic spaces as well as tonal ranges. If you don’t own a scripted horn instrument such as Session Horns Pro, this is the approach you need to take. It will step up the realism big time. 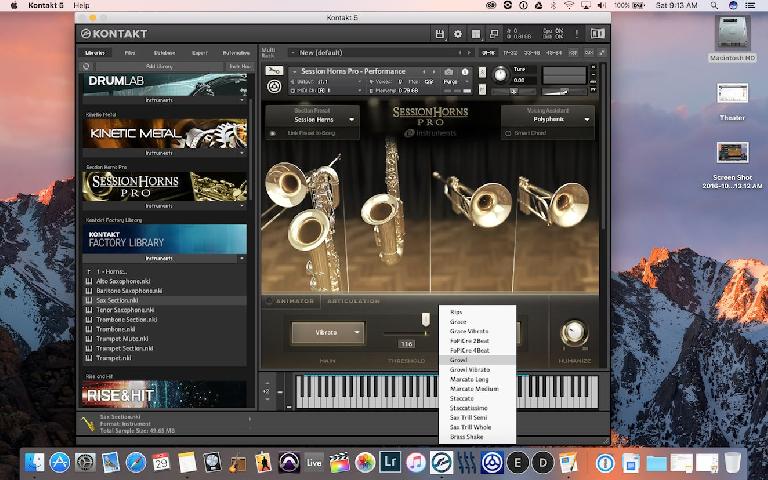 Modern horn instruments like Session Horns Pro save you the work of doing the splitting and panning yourself. The presets all have samples for the various horn instruments, and the scripting automatically places a note you play in the proper range for those instruments. Session Horns Pro can automatically ‘orchestrate’ for you as well—if you play a single note, all 4 of your selected instruments might play that note. Play a simple 2 note interval, and the trumpet/alto move to the top while the trombone/tenor occupy the bottom. It’s a real time saver and can help you get realistic sounding really quickly!

One of the last tricks I’ll often use when crafting my digital horn section is to mix in a single live player. I have a great tenor sax player on standby, so I’ll often leave that instrument out of my virtual ensemble, play my lines using Session Horns Pro, and then track a single live tenor sax line and mix it in. That little (cost-effective) touch can often bring my virtual horn section from decent to quite realistic.