All Articles Review
Review: Is Korg's New Nautilus a winner? Find out!
Matt Vanacoro on Sat, September 25th 0 comments
According to Korg, their Nautilus workstation offers the most dazzling and expansive collection of sounds ever put into a Korg synthesizer. Matt Vanacoro discovers whether it lives up to the hype.

The Korg Nautilus release took me completely by surprise. Korg has been building out the Kronos series for a long time now, and the Nautilus seemed to share a lot of its DNA with the Kronos, but at a significantly cheaper price point. When I finally got my hands on one, I couldn't wait to see what it could offer.

The Nautilus is available in 61, 73, and 88 key weighted options. There is no aftertouch on board, but the velocity sensitivity is there, of course. The 9 engines that Kronos users have enjoyed are present in their full form, and the maximum polyphony varies by engine type. A variety of EXs built-in libraries are included, including the new grand piano (which I'm a fan of). There is 2 GB of PCM RAM available, and 260 MB of it is free after loading the factory preload sounds. 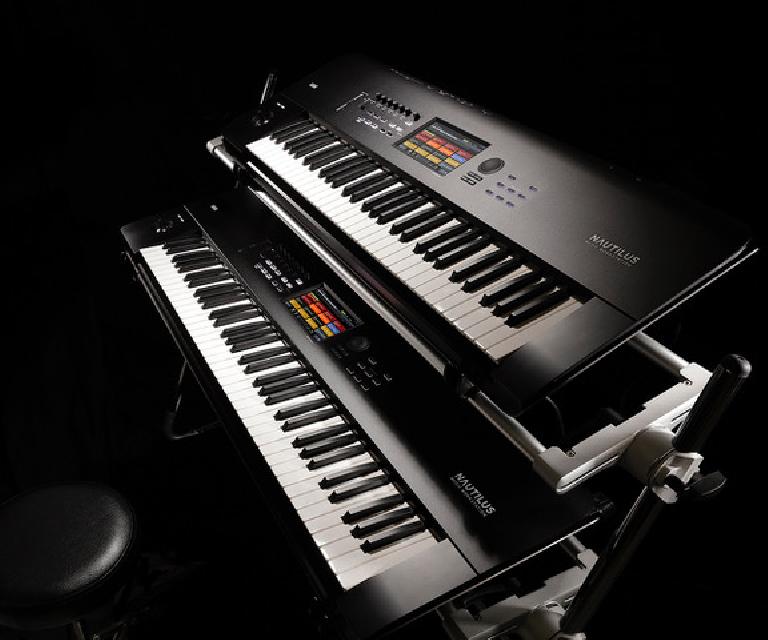 Physically, the Nautilus is a beautiful machine. The end pieces are smooth wood, the chassis is a sleek black metal, and the screen is beautiful and responsive—although I found it to feel a bit small when transitioning from the Kronos. There are main and alternative audio outputs on the back panel, as well as USB and MIDI. One of my favorite updates featured on the Nautilus are the knobs that press down to recess into the keyboard. As a fairly active gigging musician, it's great to feel confident transporting the Nautilus in just about any case without worry.

Physically, the Nautilus is a beautiful machine. The end pieces are smooth wood, the chassis is a sleek black metal, and the screen is beautiful and responsive. 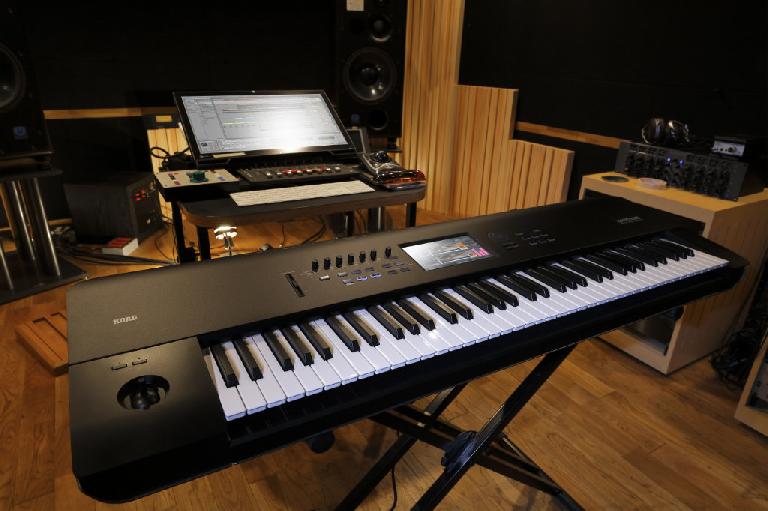 Comparisons to the Kronos will be a recurring theme here, and the control panel has been simplified quite a bit. There are no fader controls, as well as no touch strip. This is going to vary from user to user, but I didn't miss them much. I'm far more of a 'set it and forget it' type of player when it comes to my patches, so I didn't use the faders on my Kronos much.

The sounds of the Nautilus are truly stunning. I'll avoid comparisons to the Kronos here as the engines are identical and just say that if you're jumping into the Korg workstation environment for the first time—you're going to be really happy here. The synth engines are diverse and all have their own 'sound' to them. The sampled instruments and various piano engines are absolutely top notch. The new ambient/dry piano programs allow for a stunning level of realism. Korg also has absolutely cornered the market on powerful effect systems. The insert / master effect system of the Nautilus (and the Kronos) is truly second to none for interesting sound design and heaps of FX.

Karma has been replaced with a specific arpeggiator engine, and once again, your mileage is going to vary. This whole topic is pretty divisive and the Karma clan are going to likely skip the Nautilus. Personally, I never used even a tenth of what Karma was capable of, and much prefer the new arpeggiator (which I use deeply and often). Most folks who didn't use Karma or found it unapproachable are going to be pretty stoked about this arpeggiator. It's powerful, configurable, and simple to pick up quickly.

At over a thousand dollars cheaper than the Kronos, the Nautilus offers even more choice to the keyboardist of today. You can get the sound and power of the Kronos with a bunch of new sounds, a ton of great tweaks like the recessed controls, a sleek new arpeggiator, and more. I'm a big fan of the Nautilus and the direction Korg is headed with their workstations. I'd love to see them speed up the boot time or offer more sample space upgrades in an easy fashion at some point, but I suppose they have to leave something for Nautilus 2.0!

Learn All About the KORG Nautilus at Ask.Video 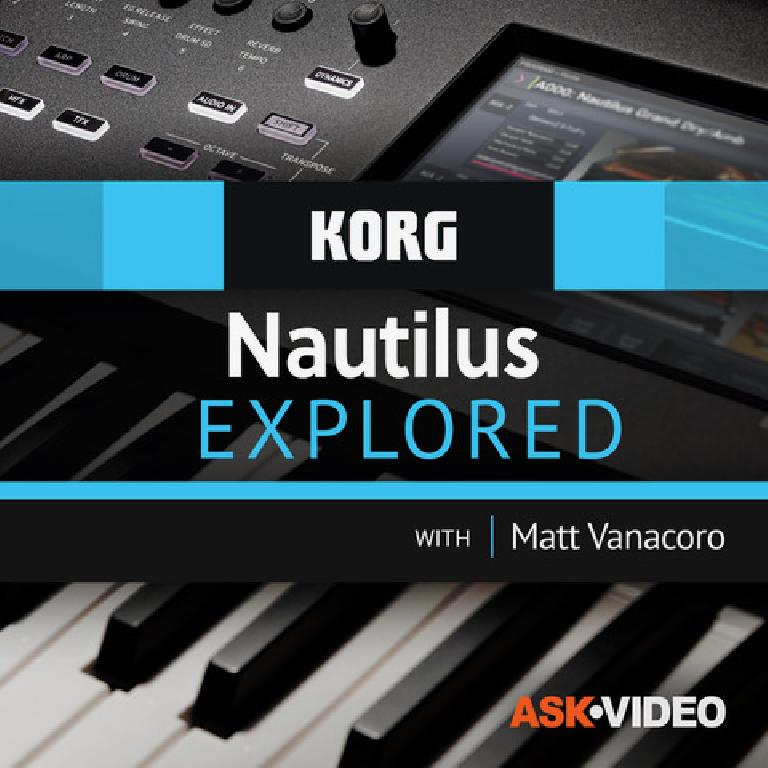