Buried away inside the Gradient window is a rather cool effect. It allows you to create highly complex gradient swatches that are useful for a number of effects like backgrounds and textures.

In this Photoshop article I'll show you something you can do with the Noise setting inside the Gradient Option window.

To set this up, create a layer and add a Layer Style.

Check Gradient Overlay and click on the gradient swatch. 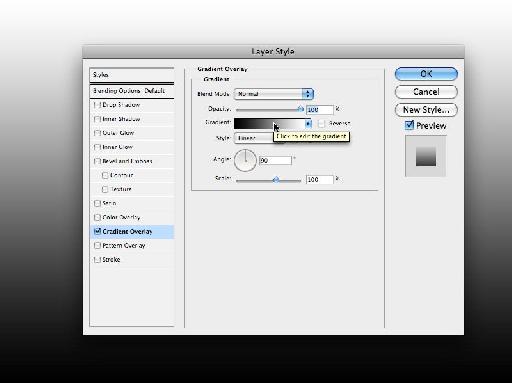 In the Gradient Type drop down choose Noise. 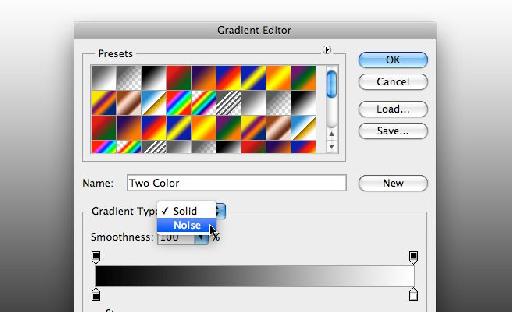 You will be immediately be presented with some crazy mess on your layer! This is Gradient Noise. 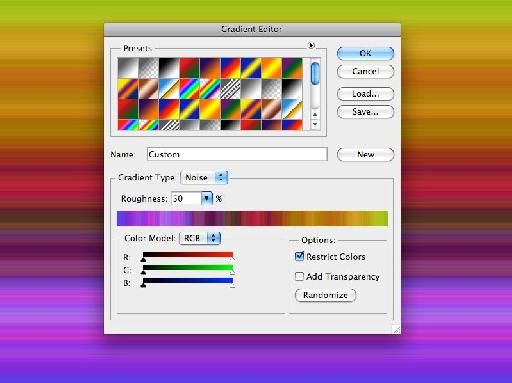 Now you're not stuck with this mess as there's plenty of control. The first thing you can tweak is the Roughness parameter. This will smooth out the transition between the color and can provide some really nice background effects with the right color palette. 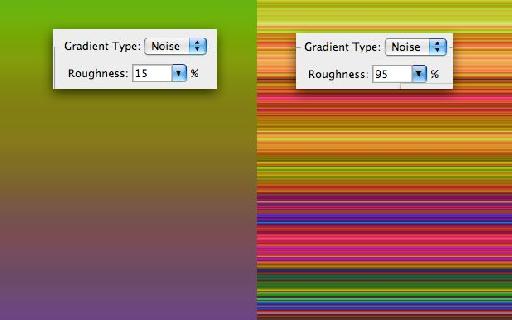 The sliders on each color mode will allow you to control or restrict the range of colors used in the noise. 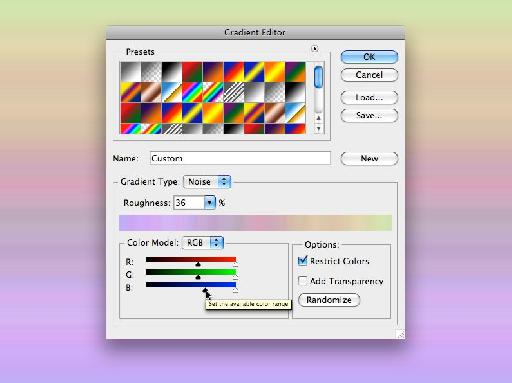 You can also add random transparency to the gradient as well by checking the Add Transparency check box. 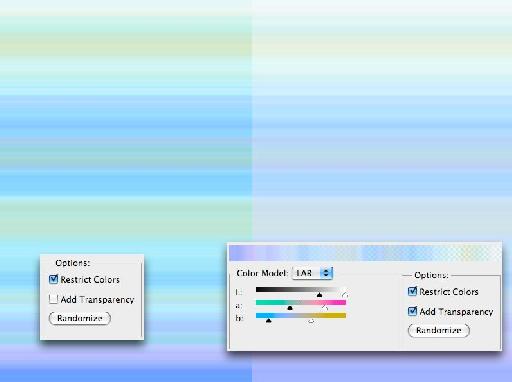 The Randomize button is a never-ending source of fantastic looking gradient swatches and you might find it hard to know when to stop with this one. So what can you do with this? Well, here's a very quick example that's quite fun:

Once you have a gradient you like, convert the Gradient Overlay Layer Style to a new Layer. To do this Control-Click the Layer FX and choose Create Layer. By default this new layer will be clipped to the layer below so just Option-Click (Alt on the PC) between the layers. On your Gradient layer apply the Ocean Ripple effect from Effect > Distort > Ocean Ripple.  You don't want too much and you can probably see where I'm going with this. After some adjusting some of the lighting you get a rather convincing gas giant effect. By adding a bit of Outer Glow and some stars in the background (rendered from After Effects using Particular) you get the start of a nice little space scene: Obviously this is just one way you can use Gradient Noise. It's great for background effects and don't forget you can use it with the Gradient Shape modes like Radial (planet rings, anyone?), Diamond etc!

Bring on the noise!

Dream It. Do It.
Do you want to learn Drawing Objects In Photoshop?
Yes, I want to learn!
No Thanks, I just want to read the article.
Feedback
How are we doing?
We'd love your thoughts, feedback and questions regarding our new site. All feedback is appreciated!
We do not respond to this form! If you need support, please visit our support page.
Thank you for your input!
Your message has been successfully sent
Course Advisor
Don't Know Where To Start?
Ask A Course Advisor