All Articles Recording & Production
8 Ways To Power Up Vocals If You’re Not A Great Singer
Hollin Jones on Mon, August 31st 0 comments
Singing is one of the trickier types of musical performance to do really well. Short of taking years of vocal lessons, here are 8 ways you can improve your vocal performances.

The name “auto tune” can have what some people would consider to be negative connotations. The artificial, robot-voice style that is popular in some genres is wildly unpopular with other people. But the truth is that modern auto tuning software is capable of far more subtle vocal correction than simply turning your voice into a robot. For a start, it’s variable, meaning you can apply a little or a lot. And then there’s micro pitch controls, formants and other smaller tweaks that can take individual notes or whole clips and pull them to where they need to be without sounding like they have been processed. Antares is at the forefront of these kinds of tools but there’s also Melodyne, and DAWs like Cubase (VariAudio) and Logic (Flex Pitch) have very powerful tools built-in. Used with care, they can rescue almost any vocal. 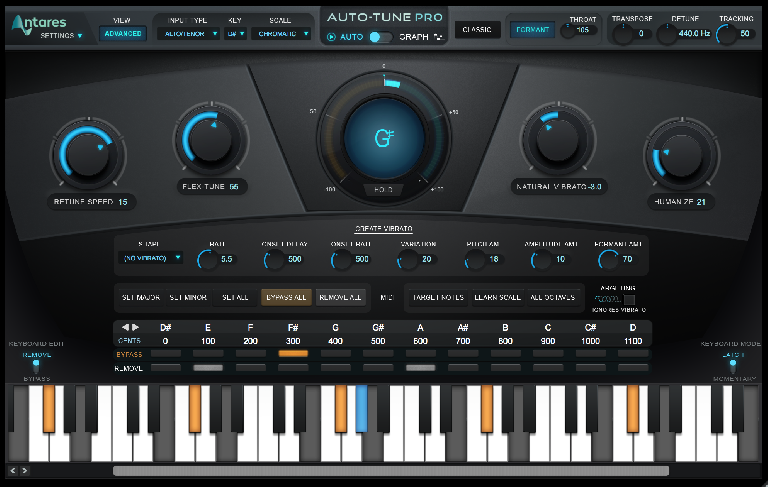 This is something you can do to help your performance at the source, regardless of any processing that may come later in the chain. Professional singers have all kinds of techniques and routines they use to keep their voices in shape and prepare before recording takes. You don’t necessarily have to go as far as copying them, but singing a few scales, regulating your breathing and making sure you are hydrated before starting will all help you to nail a better performance than if you just turn up and begin.

You can bolster a vocal performance by adding harmonies, but you may not be confident in singing them yourself. The good news is that there are several ways to do it in software. Cubase is one DAW that has a tool for doing just this, and any tool or plug-in that lets you pitch shift audio without changing its speed (i.e. most DAWs these days) can be utilised to create harmonies on a new audio track. Do note that simply pitch shifting a clip to use as a harmony may not always sound great, and it’s better to get access to individual notes so you can truly control the way they interact with your main vocal melody. SynchroArts Revoice Pro 4 is another very powerful tool for working with the pitch and timing of vocals. 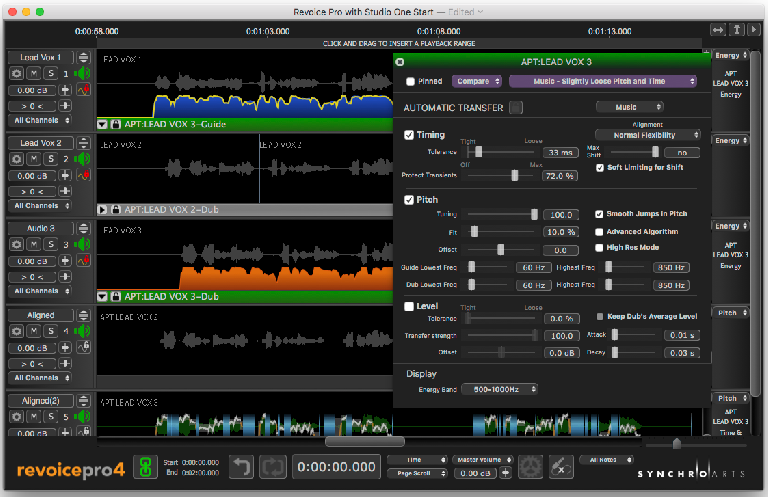 Recording while monitoring through software insert effects is much less of a hassle these days, with computers powerful enough to operate at very low latency, or indeed interfaces with onboard DSP and direct monitoring available. But it’s usually advisable to record a vocal clean and then add processing afterwards so that it can be tweaked and edited in the most flexible way possible. Specialist tools like iZotope’s Nectar provide a multitude of controls tailored specially to vocals like breath control, saturation, de-essing and more. Waves also makes some excellent vocal processors and if you don’t want to spend too much, you can use your DAW’s bundled plugs in a chain to combine things like EQ, compression, de-essing and saturation into a ready-to-use preset to apply to your vocals. 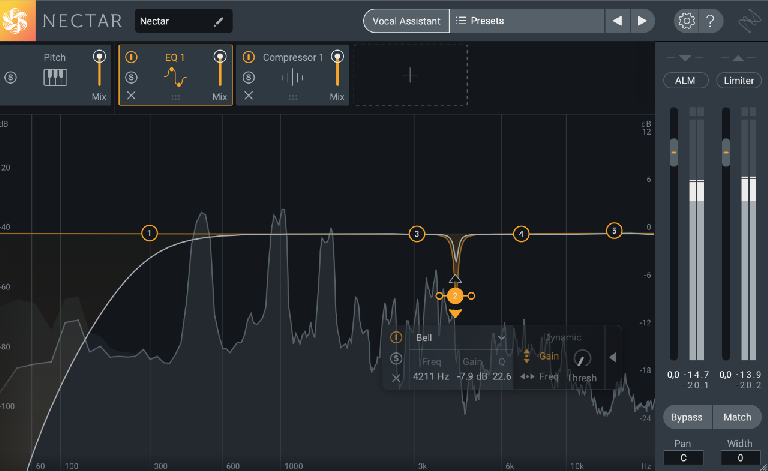 If you’re not happy with your own performance it’s always an option to get someone else in to sing for you. But if that is not a possibility, you could look at software-generated backing or even lead vocals. Instruments like EastWest’s Symphonic Choirs, Hollywood Backup Singers, Voices of Soul and Voices of Opera use something called WordBuilder, a technology that lets you type in text and then has the instrument recreate it using its sample library. Yamaha’s Vocaloid is another “virtual singer” that lets you build up authentic sounding vocal parts from a large library, bypassing the need to sing for yourself. 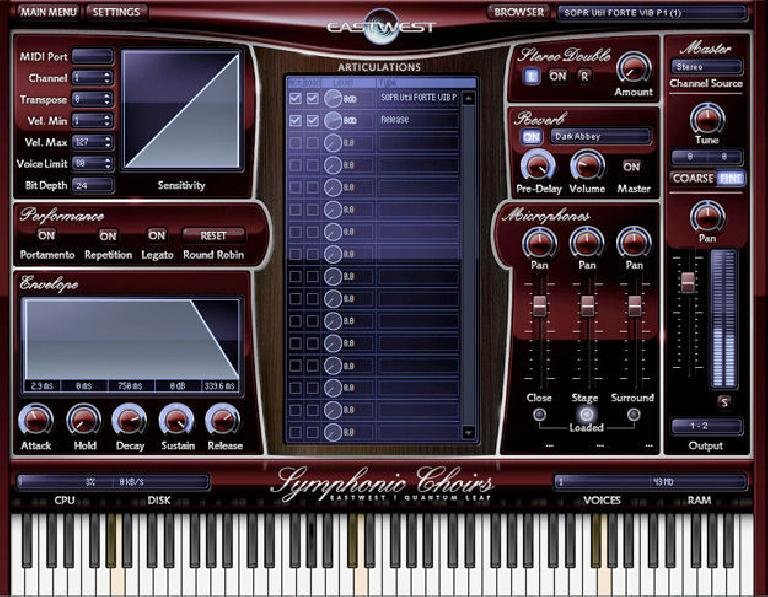 Not necessarily just the kinds of processing that you would ordinarily do like adding compression and reverb, but consider more weird and wonderful options. A vocal that is perhaps lacking in body can be run through all kinds of effects to change the way it sounds including guitar fx, delays, lo-fi effects and much more. It’s true that this approach might not suit a pop single for example, but for many other genres of music it can help to blend a vocal into a track in interesting and unusual ways. Since plug-ins are all virtual, you can always experiment and try a few things, undoing them later if you decide down the line that they aren’t right.

The way you interact with a microphone can have a big impact on the way a vocal is recorded. Obviously to begin with you’ll need a decent quality studio mic and a recording environment that’s as soundproofed as you can reasonably make it. If you find it necessary to move closer to the mic because your vocal projection isn’t so strong, you need to mitigate the proximity effect by making sure you have at least one pop shield, and possibly even two if you are very close to the mic. Some mics also have internal popshields, though every vocalist should really own an external one as well. It’s also vital to maintain a consistent distance from the mic while singing - around 6-8 inches is recommended but this will depend on the power of your voice. Moving around while singing will affect the recording level, so is to be avoided if at all possible.

For a less experienced vocalist, singing live into a mic, even in a studio, can make them self-conscious. It’s natural to be a little nervous but it can also affect the quality of a performance. You might find that clearing the room of people - the control room if you’re in a studio - can help with this. You may need to keep the engineer around to stop and start recording, but they could also set a loop around the track, activate recording and then you could try several takes in a row, all without anyone else around.

The Ask.Audio Academy or our sister site macProVideo. Dream It. Do It.
Do you want to learn The Art of Vocal Tuning?
Yes, I want to learn!
No Thanks, I just want to read the article.
Feedback
How are we doing?
We'd love your thoughts, feedback and questions regarding our new site. All feedback is appreciated!
We do not respond to this form! If you need support, please visit our support page.
Thank you for your input!
Your message has been successfully sent
Course Advisor
Don't Know Where To Start?
Ask A Course Advisor