Some of the same vocal talent from the original, revered Vocalise pack from Heavyocity got back together for another Kontakt-based instrument that does things with vocal samples you would have never thought possible. Like memorable and moving performances, as well as sonically challenging environments that are too hard to describe. And in this batch there are even time-based patches, bringing some even greater rhythm in to the game. How did they do? Let’s find out!

Thankfully, as sample libraries get increasingly bigger so the downloaders and installers are getting smarter and more intuitive. Heavyocity’s downloader all the way down to the installer was seamless and very smooth. From email to Ableton right into Kontakt. 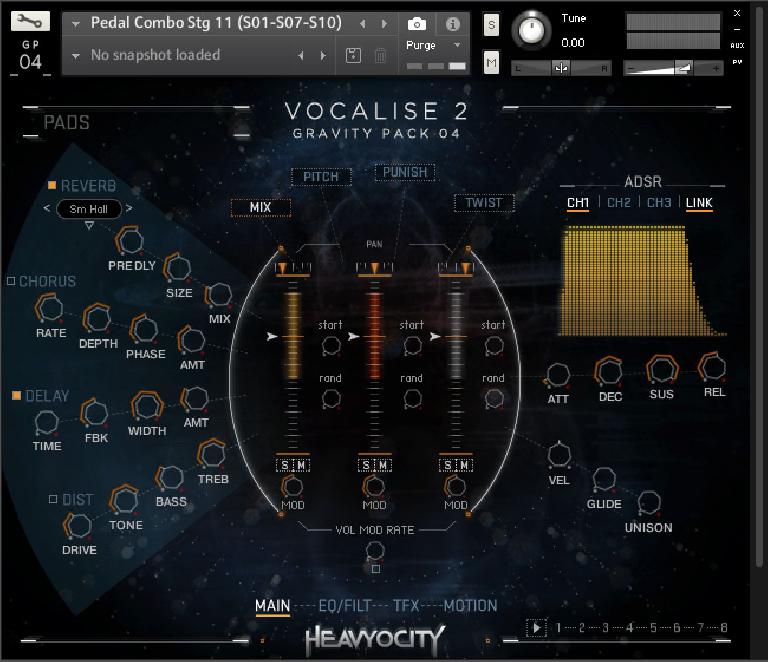 Once in, I’m reacquainted with the beautiful interface I became so familiar with in the original Vocalise package. While the patch within is totally new, the mood stays. Female voices spring to life in the pedal patches. Synced lines begin playing along to my sequence and even within the same melody as my chords guide their ascent and descent. Gravity is almost the antithesis of what takes place here, sonically. Nothing ever really touches the ground! There’s a lot of beauty.

Lay Of The Land 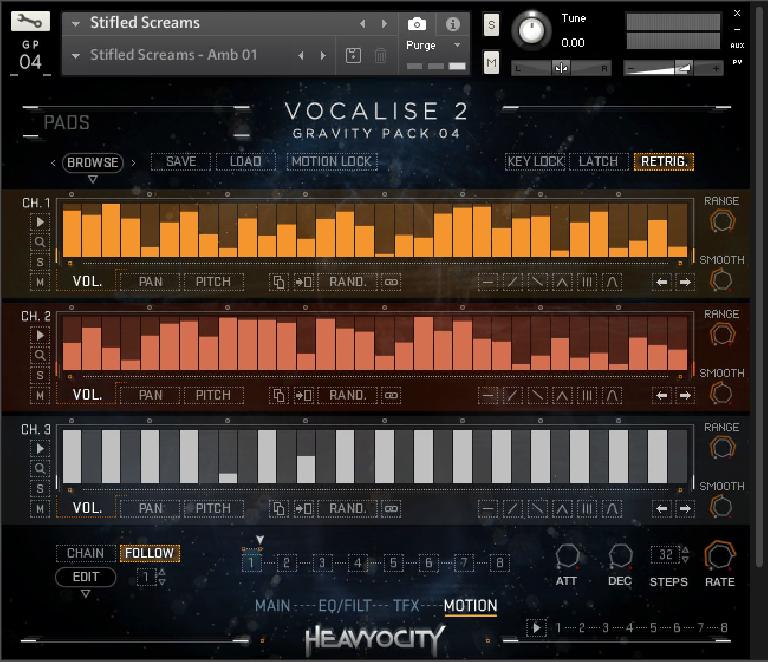 The Gravity package consists of a boutique array of pads, rhythmic vocal loops in the form of pedals and a variety of elements in the form of vowels, phrases, and even effects that add a certain form of heaven, sonically akin to modern film and television. Game of Thrones fans, Peter Jackson - Lord of the Rings fans, Elder Scrolls geeks and even Marvel junkies will relish the element of the female voice singing mysteriously, beautifully, and for the most part, incoherently. I don’t mean the latter as an insult. It’s just vowels, and they sound amazing! 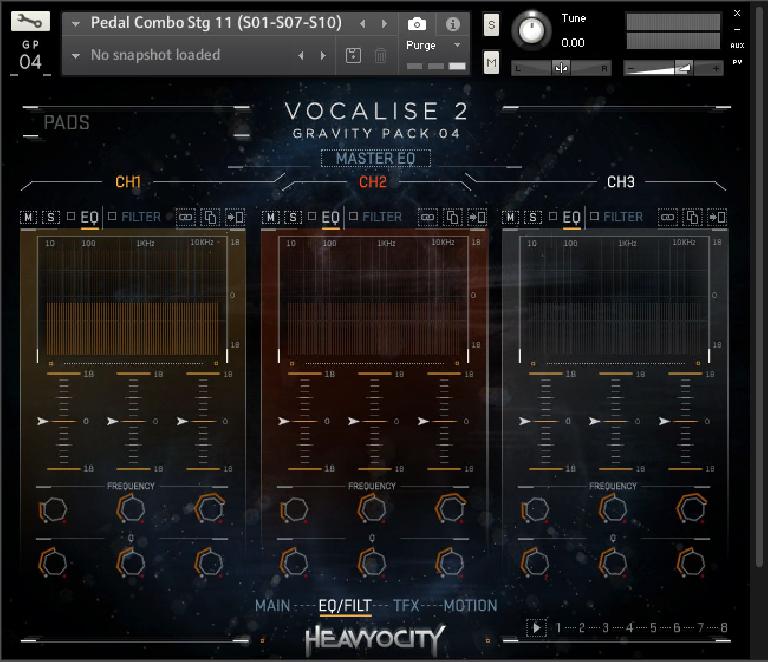 Stacked Pedals when played as chords really make you feel like you have a whole choir working with you. The sustained vowels were a little surprising, in the sense that I’m usually looking for bold and brazen. These pad/choirs are more along the lines of delicate beauty. Well, until you jog the familiar Punish knob. And then, suddenly, Trent Reznor just set your angel on fire. Sidechain, rinse, repeat.

Speaking of pads, the Complex pads, while few, are deep and will get you in the mood. And to assist you in keeping the mood going and within the family, Vocalise 2 has several different variations on the pads, in the form of elements - broken down, edited versions of the bigger, denser, original pads, from which all elements seem to stem. But if loading up several variations of one patch seems like overkill, there are some very nicely designed Snapshots within each of the complex patches so that you can easily tailor some of the amazing choir patches herein with ease.

Vocalise 2-Gravity pack, just so you know is a standalone sample library/instrument and requires no further purchase. Buy Gravity, you get the audio girls of gravity, it’s as simple as that. And it’s a very worthy purchase. The sound and environment evoked and featured within this disturbingly emotional collection of vocal patches, pads, choirs and loops will definitely be highly useful for people creating theatrical trailers, tv ads, video game environments and music, and definitely EDM, Trance and Goth fans will go nuts over Gravity.

Pros: A suite of highly developed, multi-mapped vocal patches, loops and elements that are  perfect for theater, film, TV and games… and Goth music and Trance.

Learn more about Kontakt in the AskAudio Academy here.
Related