All Articles Mac OSX
Getting Over WriterÂ's Block in the Studio (... and in general)
G.W. Childs IV on Wed, February 16th 7 comments
Language
No ghost hound haunts the creative process of writers, poets, musicians, and artists in general more than writer's block. We revel in the moments when those creative spurts visit us, and we stress and

No ghost hound haunts the creative process of writers, poets, musicians, and artists in general more than writer's block. We revel in the moments when those creative spurts visit us, and we stress and bang our heads against the wall when creativity leaves us. But does it ever truly leave us?

Within this Quick Tip, I've inscribed some cures for the creative heart that's become weary. May these words help it beat again.

1 - If life inspires creativity, then life should be visited more often...

Those of us who spend most of our time exercising our creativity tend to have one oversight that often leads us down the road to folly. When you spend too much time in the studio and ignore the muse of every artist, 'Life', your inspiration dwindles. Suddenly you're left with shallow love songs written from the perspective of imaginary friends rather than real life events... And it does transcend over to your audience, no matter what your medium is.

While I'm a big fan of new music, thick beats, and syncopated synth rhythms... I have come to appreciate silence as a burgeoning muse within my life. I've found taking a walk, or a drive with no music on at all, with the singular intention of keeping my mind silent suddenly does exactly the opposite: I get new ideas. Not just any old ideas that sound like someone else, either. These are original ideas that come from either me, or if you want to get a little tweaky about it, the collective consciousness, etc.

Give yourself a moment of silence daily, and watch how your craft takes a turn in new and exciting ways.

It's a well known piece of trivia that when Thomas Edison (you know, light bulb inventor, etc) had a hard time working through tough problems, he had a very clever little trick. He'd sit down in a chair, holding a hand full of ball-bearings over a metal bucket. When he would start to fall asleep, his hand would open up, and the ball-bearings would plummet in to yonder metal bucket causing a loud clatter. Edison would wake up, and sometimes, he'd actually have new solutions to ideas.

Sleep is a brilliant way to tap in to other parts of the brain that you don't often use. Try humming, or thinking of the melody to the song you're working on as you fall asleep. Sometimes, you may wake up with new additions to the melody as you awaken.

Because ideas generated in the sub-conscious can be a little elusive, consider using my next suggestion too... 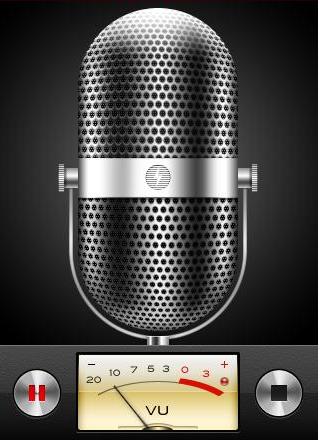 Hand-held recorders help you do everything listed above: Capture the musings of YOUR life. Much like the famous impressionist painters of old would sit in the countryside and in the city and paint life as it unfolded, so too can you capture your life as it transpires.  And that, my friend, is art, creativity, and an end to the infamous block!
Related

G.W. Childs IV
Sound Designer, Musician, Author... G.W. Childs has worn many hats. Beginning in the U.S. Army back in 1991, at the age of 18, G.W. began learning electronics, communications and then ultimately audio and video editing from the Department of Defense. Upon leaving the military G.W. went on to work for many exciting companies like LucasArts, Lucasfilm, Propellerheads, Cakewalk, Midway, MTV. With all of these exciting companies he's either worked as an editor, or sound designer, even sometimes as an actor. G.W. is currently working as an author for Cengage Publishing. He has written the titles 'Creating Music and Sound for Video Games', 'Rewire: Skill Pack', and 'Using Reason on Stage: Skill Pack'. As a musician G.W. has played for years in the band Soil & Eclipse on COP International Records. Additionally, he's worked as a remix artist for acts like Gene Loves Jezebel, Ray Charles, James Brown, Chiazm, Razed in Black, and more.
Related Videos
Comments (7)