Audio Mistakes 103
10 Common Reverb/Delay Mistakes
Genre: Audio
Discover all kinds of time-based reverb, echo and chorusing faux pas to avoid in this blunder-ridden course by audio expert Joe Albano! Grow! Learn! Make Mistakes! Or, better yet, let US make them FOR you. 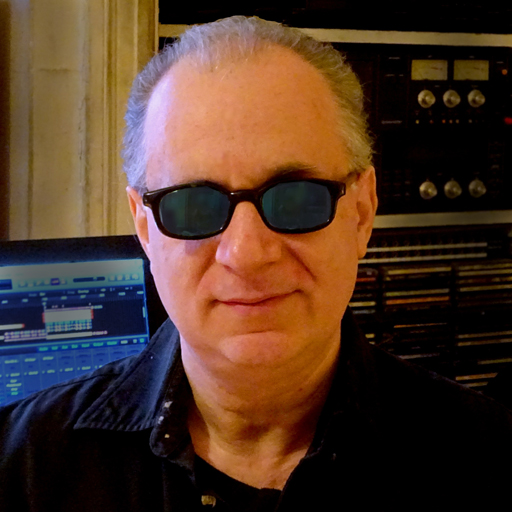 Joe Albano
Joe is a musician, engineer, producer and educator in NYC.
Watch Free Previews!
View the first 3 videos of every course.
Get A Library Pass!
Watch this course – and ALL Ask.Video courses – for as long as your pass is active.
Purchase just this course! Watch it anytime, for life.
To download & view offline, use our
NonLinear Educating Player Software.
Overview
Status: Available
Ever wonder why your mixes aren't as crisp and clear as the ones you listen to by your favorite artists? One of the reasons might be the way the inherent blurriness of time-based FX like echo and reverb can interfere with an otherwise well-recorded track.

Joe takes you through all kinds of audio "situations" and shows you how to recognize these kinds of mistakes and what you can do to correct them. You learn all about optimizing reverbs and delays. You see how to set up time-based modulations like chorusing to enhance a track rather than messing it up.

Best of all, this course explains WHY those time-based effects can screw up a mix and how best to use them to enhance the sonic experience. So join audio expert Joe Albano, in this concise, mistake-ridden course and let US make the sonic slip-ups so YOU don't have too!
Outline
Section 1: Section 1: Introduction
Section 2: Section 2: Reverb & Delay Mistakes
Section 3: Section 3: Wrap-Up
Other courses in this series
What to do next
Reviews
Feedback
How are we doing?
We'd love your thoughts, feedback and questions regarding our new site. All feedback is appreciated!
We do not respond to this form! If you need support, please visit our support page.
Thank you for your input!
Your message has been successfully sent
Course Advisor
Don't Know Where To Start?
Ask A Course Advisor