Rishabh Rajan
Rishabh Rajan is an award winning composer, producer, songwriter, synthesist, sound designer and Logic Pro expert currently living and teaching in New York...
Watch Free Previews!
View up to 5 free videos from ANY course each day.
Out of free previews? Come back tomorrow to watch some more!
Get A Library Pass!
Watch this course – and ALL Ask.Video courses – for as long as your pass is active.
Purchase just this course! Watch it anytime, for life.
To download & view offline, use our
NonLinear Educating Player Software.
Overview
Status: Available | Released: Feb 13th, 2014
Presets are easy... and that's why everybody overuses them! This course, created by producer Rishabh Rajan, focuses on designing the intricate timbres you need to make your original tracks rich, powerful and, better yet, uniquely yours!

This ES2 Sound Design Workshop is specifically designed to wean you away from the ES2's presets and to get you deeply involved in designing your own signature library of unique instruments. Rishabh takes you deep into the sonic properties of every synth family of production sounds. From leads and pads to vector-driven grooves, you get proficient with all the parameters of the ES2 which are the essential ingredients of these iconic pop and dance timbres.

So if you're looking to expand your sonic vocabulary and make your tracks stand out in a crowd, roll up your sleeves, watch this course and start building your personal library of ES2 originals!
Outline
Section 1: Section 1: Course Intro
Section 2: Section 2: Synths, Bells and Plucks
Section 3: Section 3: Creating Pads
Section 4: Section 4: Creating Basses
Section 5: Section 5: Creating Leads
Section 6: Section 6: Creating Grooves & Drums
Other courses in this series
What to do next
Embed Video
Embed this video in a blog, forum post, or webpage. 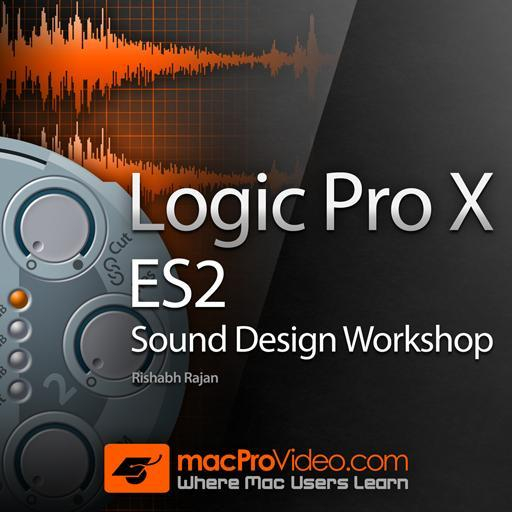