Logic Pro X 10.3
What's New in Logic Pro X 10.3
Genre: Audio
Logic Pro X 10.3 is here and so is Steve H with a detailed look at what's new. Our friends at Apple have been busy creating all kinds of cool features. So see what's new in Apple's LPX 10.3 in this FREE, laser-focussed course!

Steve Horelick
Twice Emmy-nominated Steve H is a Logic Pro Master and industry-leading audio producer/performer. You might know him from TV's "Reading Rainbow" ... he scored every episode of that program.
Watch Free Previews!
View up to 5 free videos from ANY course each day.
Out of free previews? Come back tomorrow to watch some more!
Watch this course absolutely free!
Overview
Status: Available | Released: Jan 18th, 2017
It's mid-January and to us Logic Pro users that means one thing: A new version of our favorite DAW is here and this release has some really great new features! Steve H, our veteran Logic expert (and publisher/partner of our company) is here with a detailed look at some of the big and exciting additions:

So see What's New in Logic Pro X 10.3 with Steve H and get ready to explore and produce with its cool new features. And most of all: Continue making great music with Logic Pro! 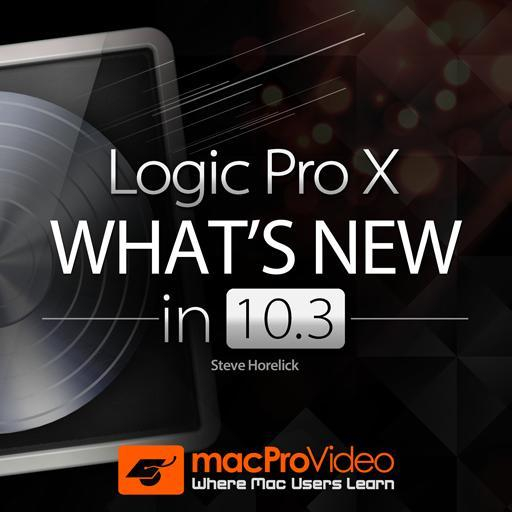