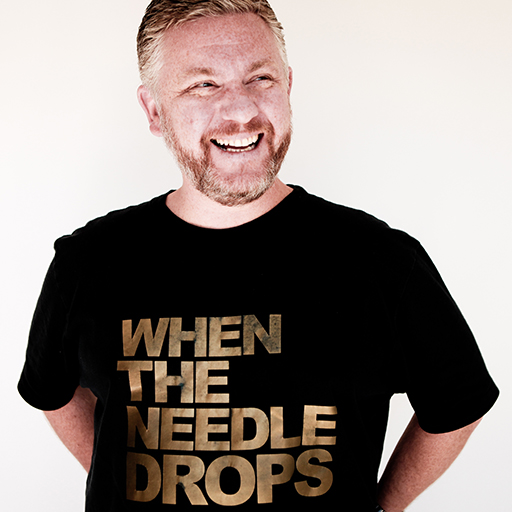 ATFC’s picture hangs in the House Music Hall of Fame –a proud testament to one man’s ability to both devastate dance-floors with his explosive, peak-time sets and deliver sickeningly slick productions at an awe-inspiring rate.
Aydin Hasirci
This heavyweight of House was born to Anglo-Turkish parents who immediately named him Aydin Hasirci; Ottoman Turkish for “He who blends 2 records skillfully, is a purveyor of slammin’ yet soulful house music whilst simultaneously being a master at whipping up a delicious Spaghetti Carbonara”.

ATFC is one of those rare things within the dance music community; an established, successful name the mention of which doesn’t have the haters screaming ‘Sell out!’ from the rooftops or start to maliciously plot his downfall. Three UK Top 40 hits, Beatport and Traxsource No.1’s and Pete Tong describing one of your tracks as “verging on genius” do not come without substance to back-up the unquestionable style.

It’s not just big tunes and big stages he dabbles in however. He’s also got his dirty mitts on some of the biggest names in the industry. Ever heard of P Diddy, Missy Elliot, Bootsy Collins, Simply Red, Faithless or Dido? Well ATFC’s taken each one of them, flipped them upside down, shaken them all about and smothered them in his lovely housey drool, delivering killer remixes.

As far as his own releases go, by title at least ATFC reveals a love of text shorthand (‘Tell U Y’ and ‘Giv Me Luv’), an addiction to phone sex (‘I Called U (The Conversation)’) and the two word’s no one want to hear when they start dating a Brazilian supermodel (‘It's Over’). Happily in house music, titles mean a lot less than tunes, and all these tracks and plenty more besides have taken up space in all the top house jocks’ wallets and ripped many a happy – although now partially deaf – clubber’s eardrums to shreds.

ATFC has even had his own dedicated compilations to play around with. ATFC In The House London ’10, Nikki Beach In The House and ATFC ‘House Masters’ showed what happens when you let a master craftsman loose in the studio for an extended period of time. Once the fag butts, empty pizza boxes and piles of German Jazz literature were cleared, what remained was a hearty dish of house-music loveliness, packed with more bangers than a sausage factory on firework night. Sprinkle this explosive mix with three consecutive nominations as Beatport’s House Artist of the Year and you begin to see just how phat this deeva really is.

We welcome ATFC to our very eclectic, dysfunctional but lovable family of dance music trainers, teachers and erstwhile purveyors of electronic music goodness.

Courses by Aydin Hasirci
Reviews
Feedback
How are we doing?
We'd love your thoughts, feedback and questions regarding our new site. All feedback is appreciated!
We do not respond to this form! If you need support, please visit our support page.
Thank you for your input!
Your message has been successfully sent
Course Advisor
Don't Know Where To Start?
Ask A Course Advisor