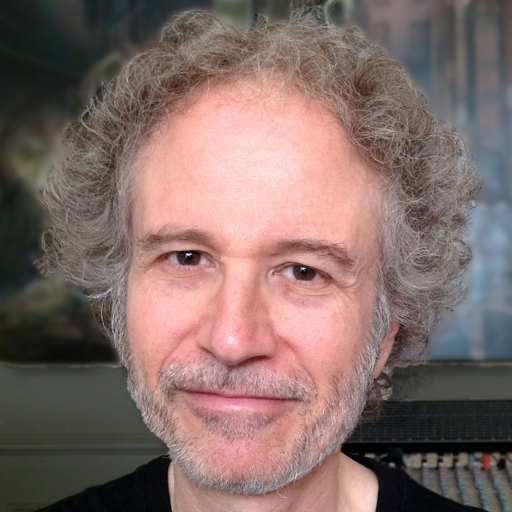 Known for the highly evocative imagery he conjures up with his music, Gary Guttman’s music has been performed by some of the most prestigious orchestras in the world.
Gary Guttman
Gary discovered his love of composition at the age of 16. After several years of composing, he was awarded the Orchestration Scholarship at Chautauqua Institution in New York. One year later at Ithaca College, he commenced his four year studies with Pulitzer Prize-winning composer Karel Husa.

Gary then headed out to LA –invited by jazz legend Tom Scott– where he played keyboards for the pop group Missing Persons and can be heard on their hits Destination Unknown and Mental Hopscotch.

Next, Gary started work at Landmark Entertainment Group in Hollywood where he spent almost two decades as their senior staff composer. Some of his work for Landmark included the scores to the futuristic sci-fi television series Captain Power, the IMAX film Race for Atlantis and the themed attraction James Bond 007: License to Thrill for MGM.

After leaving Landmark Entertainment, he began his freelance career where he added shows such as 20/20, The Today Show and Primetime to his list of credits. Of special note, Gary co-created the groundbreaking music composition software Secret Composer, as well as the upcoming SongStepper app.

Now Gary is creating awesome courses for us!

Website: http://www.garyguttmanmusic.com/
Courses by Gary Guttman
Reviews
Feedback
How are we doing?
We'd love your thoughts, feedback and questions regarding our new site. All feedback is appreciated!
We do not respond to this form! If you need support, please visit our support page.
Thank you for your input!
Your message has been successfully sent
Course Advisor
Don't Know Where To Start?
Ask A Course Advisor