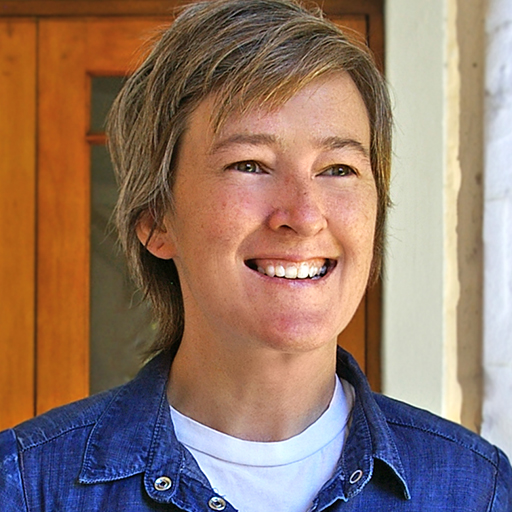 Siobhan is a filmmaker, animator and storyboard artist. When she isn't busy with her professional projects she generously shares her knowledge through her many educational activities. We welcome Siobhan to our family of trainers!
Siobhan Twomey
Siobhan initially studied Film, first at University College Dublin, and later at NYU where she spent a semester cutting and splicing 16mm celluloid on a Steenbeck at the Washington Square campus. After working on film sets for a number of years, she traded live action for animation and studied at Ballyfermot College in Dublin. Since then she has built up experience in almost every department, from Storyboarding to Design and Direction. She has worked with film studios in New York, with animation studios in Vancouver and Dublin; and she has facilitated art and digital media workshops in South Africa.

Her directing work includes an award-winning series of short films that has been developed into 3 extensive teaching packs that are now part of the National Primary School curriculum in Ireland; a short film on Asylum and Protection in collaboration with the Irish Refugee Council; and animated sequences for a feature length film.

Through her work with animation studios such as Atomic Cartoons (Vancouver) and Kavaleer Productions (Ireland) she has provided artwork, designs and concepts for clients that include Disney, Sony Pictures Animation, YTV Canada, HMH Publishing and PlayFirst. Most recently she has provided Background designs for Hotel Transylvania Dash, a game based on the movie Hotel Transylvania; as well as Curious George – a learning app for iPad and iPhone, both of which ranked as #1 on itunes for the first few weeks of their release.

Over the years, Siobhan has shared her knowledge of animation techniques and processes through various workshops that she has facilitated in Ireland and also in South Africa. She has taught people how to draw and create images, as well as how to best tell stories in meaningful ways so that they can be shared as widely as possible.
Courses by Siobhan Twomey
Reviews
Feedback
How are we doing?
We'd love your thoughts, feedback and questions regarding our new site. All feedback is appreciated!
We do not respond to this form! If you need support, please visit our support page.
Thank you for your input!
Your message has been successfully sent
Course Advisor
Don't Know Where To Start?
Ask A Course Advisor