Cubase 101
Core Cubase
Genre: Audio
Cubase was one of the original DAWs. Starting on a single 1.4 MB floppy disk in 1990, Cubase has grown to become the only digital audio production program you need to create amazing music.
Skills:

Matthew Loel T. Hepworth
A Steinberg Product Specialist combines with a natural musician and educator to give us Matthew Loel T. Hepworth - Cubase Specialist!
Watch Free Previews!
View up to 5 free videos from ANY course each day.
Out of free previews? Come back tomorrow to watch some more!
Get A Library Pass!
Watch this course – and ALL Ask.Video courses – for as long as your pass is active.
Purchase just this course! Watch it anytime, for life.
To download & view offline, use our
NonLinear Educating Player Software.
Overview
Status: Available | Released: Nov 12th, 2009
By Steve H.

When I first encountered Matthew Loel T. Hepworth I was blown away. Here is a guy who not only knows Cubase like he wrote the software himself, but he could also teach it in an fun and informative way. Matthew is the consummate master of all things Cubase and we are very proud and excited to have him as part of our NonLinear Educating team!

Cubase is a grownup DAW that offers the musician and producer an awesome array of highly sophisticated tools: From really easy MIDI recording and editing to slick audio editing and Melodyne-like pitch shifting. Cubase does it all and Matthew explains everything perfectly in a very friendly manner... it's like having a your very own Cubase expert sitting in the chair next to you! 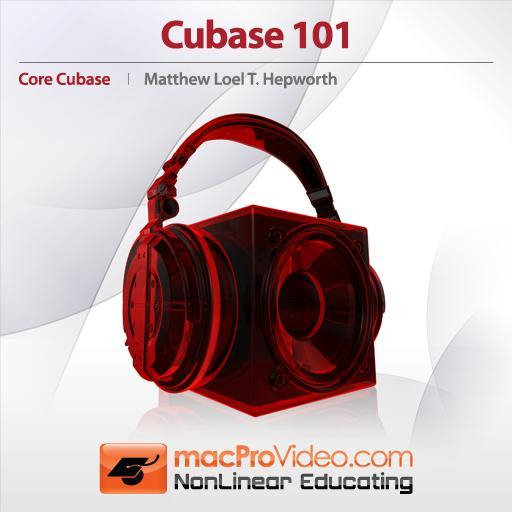