iWeb 101
Core iWeb '08
Genre: Web
Need a web page? If you have a Mac, iWeb is the perfect tool to create and publish engaging, interactive web pages.
Skills:

Francesco Schiavon
Francesco Schiavon is a recognized expert in the topic of digital media deployment for web and optical disc. A dedicated educator, Francesco has spent the last decade teaching in some of Canada's leading multimedia schools.
Watch Free Previews!
View up to 5 free videos from ANY course each day.
Out of free previews? Come back tomorrow to watch some more!
Get A Library Pass!
Watch this course – and ALL Ask.Video courses – for as long as your pass is active.
Purchase just this course! Watch it anytime, for life.
To download & view offline, use our
NonLinear Educating Player Software.
Overview
Status: Available | Released: Dec 10th, 2008
In this iWeb tutorial by veteran educator Francesco Schiavon, you'll learn how to create and maintain your own web site(s). This tutorial starts with a basic introduction to HTML and the Internet, then moves on to put theory into action! You'll learn how to add graphics, text, and hyperlinks to your web page, how to create different and engaging layouts for your page, and also how to publish your completed web page to a server.

Along the way, you'll discover important tid-bits of information like how to embed Google Maps and YouTube videos in your web pages.

This is a comprehensive course, but you don't need to watch the whole show. Use the detailed menus and keyword search features to quickly find topics of interest. For a full list of this tutorial's topics, see the Table of Contents below!
Outline
Section 1: Web Basics
Section 2: Creating Pages and Sites
Section 3: Working with Graphics
Section 4: Working with Text
Section 5: Working with Page Layout
Section 6: Hyperlinking
Section 7: Publishing
Other courses in this series
What to do next
Embed Video
Embed this video in a blog, forum post, or webpage. 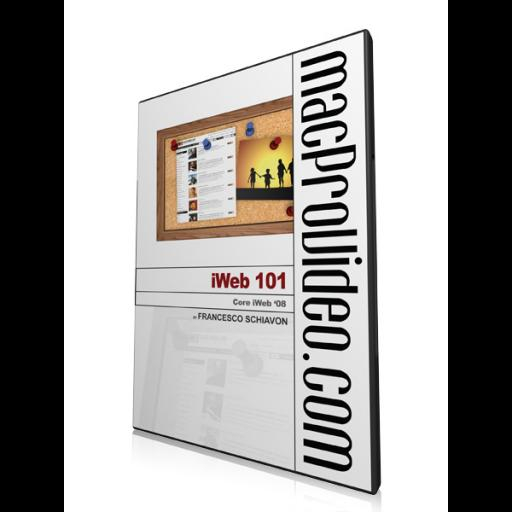