Logic 104
Flex Time Editing
Genre: Audio
Flex Time Editing is one of the most exciting and anticipated features of Logic Pro 9. Star macProVideo.com trainer Steve H. shows you how it works!
Skills:

Steve Horelick
Twice Emmy-nominated Steve H is a Logic Pro Master and industry-leading audio producer/performer. You might know him from TV's "Reading Rainbow" ... he scored every episode of that program.
Watch Free Previews!
View up to 5 free videos from ANY course each day.
Out of free previews? Come back tomorrow to watch some more!
Get A Library Pass!
Watch this course – and ALL Ask.Video courses – for as long as your pass is active.
Purchase just this course! Watch it anytime, for life.
To download & view offline, use our
NonLinear Educating Player Software.
Overview
Status: Available | Released: Aug 27th, 2009
Steve H and Igor are at it again: Flex Editing! Logic Pro's new Flex Editing capabilities bring the world of "elastic audio" to the world's most powerful DAW. In this entertaining and informative tutorial Steve H and his faithful assistant take you on a flex editing adventure.

Steve shows you the flex tools, defines the parameters and then, with tracks provided by some of his musician friends, he unleashes the power and creativity of flexible audio as he demonstrates the astounding capabilities of Flex Editing in Logic Pro.

You'll learn how to non-destructively time-stretch and compress audio. You'll master one-click quantizing of multi-track drums. You'll see the new snap-to-transient features where audio transients on one track get aligned to transients on another.

And that's not all: true to Steve H's adventurous self, he'll show you how to create beautifully lush, 10-minute soundscapes from a cute little 10-second Apple Loop. Oh, and by the way, be sure not to miss his assistant Igor going "flex-wild" on an awesome piano track performed by the great Jordan Rudess, keyboardist extraordinaire of the band Dream Theater!

So if you like Steve H's tutorials, and if you're ready to "stretch" your imagination this tutorial is for you.
Outline
Section 1: Section 1: The Basics
Section 2: Section 2: Creating and Editing Transient and Flex Markers
Section 3: Section 3: Let's Get Flexing
Section 4: Section 4: Flexing Phase Locked Tracks
Section 5: Section 5: The Other Flex Modes
Section 6: Section 6: Experimentation
Other courses in this series
What to do next
Embed Video
Embed this video in a blog, forum post, or webpage. 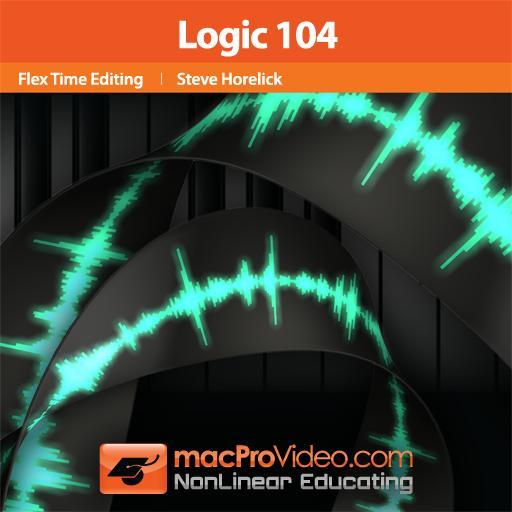