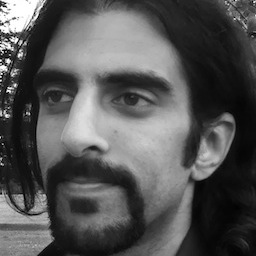 Rounik Sethi
One of NonLinear Educating Inc.'s wizards behind the curtain, Rounik is our main forum administrator and Blog tips writer, and a great trainer too!
Watch Free Previews!
View the first 3 videos of every course.
Get A Library Pass!
Watch this course – and ALL Ask.Video courses – for as long as your pass is active.
Purchase just this course! Watch it anytime, for life.
To download & view offline, use our
NonLinear Educating Player Software.
Overview
Status: Available
Snow Leopard is possibly the most advanced Operating System ever! It's easy to use but underneath the surface it's packed with many hidden tricks and features that can transform your workflow. Whether you use your Mac for work or pleasure, this series is designed to make you a more efficient user, help you to customize your Mac to work the way you want it to and have fun in the process!

You'll start by discovering advanced tips on how to customize and navigate around the Finder with ease. Using built-in features and select free 3rd party add-ons, you'll find out how to make Menu items practical in your day to day tasks.

As we progress, you'll learn how to expand the clipboard's memory, navigate any text document without a mouse and take an in depth look at which System Preferences can increase your productivity.

Beyond these workflow tips, this title will teach you the best ways to capture contents on your screen and from a camera, scanner or even an iPhone straight to your Mac.

By creating workflows in Automator you'll explore you how to make any repetitive tasks on your Mac a breeze, so you can put your feet up and let Snow leopard do the work. In doing this you'll learn how to turn an Automator workflow into a Mac application or a Service command available to you in virtually any application you choose. Finally we'll dig deeper beneath the interface of Mac OSX and discover the world of Unix: Terminal. This will give you access to change the behaviour and appearance of many aspects of OSX not available in the GUI.
Outline
Section 1: Section 1: The Finder
Section 2: Section 2: The Desktop
Section 3: Section 3: Getting Deeper into the Dock
Section 4: Section 4: Typing & Text Productivity Workflows
Section 5: Section 5: Essential System Preferences
Section 6: Section 6: Capturing your Screen
Section 7: Section 7: Image Capture - Camera, iPhone & Scanner
Section 8: Section 8: Automator
Section 9: Section 9: Services
Section 10: Section 10: The Terminal
Other courses in this series
What to do next
Reviews
Feedback
How are we doing?
We'd love your thoughts, feedback and questions regarding our new site. All feedback is appreciated!
We do not respond to this form! If you need support, please visit our support page.
Thank you for your input!
Your message has been successfully sent
Course Advisor
Don't Know Where To Start?
Ask A Course Advisor