Music Theory 101
Melody
Genre: Audio
Ever wonder why certain melodies stick with you forever while others trigger an intense emotional response? Why does this happen? Well, it's not accidental! In this course you'll learn the theory and the art of melody writing...
Skills:

Gregg Fine
Gregg Fine, founder and principal composer of Hidden Tiger Music, is an award-winning guitarist, multi-instrumentalist and veteran composer of music for advertising.
Watch Free Previews!
View up to 5 free videos from ANY course each day.
Out of free previews? Come back tomorrow to watch some more!
Get A Library Pass!
Watch this course – and ALL Ask.Video courses – for as long as your pass is active.
Purchase just this course! Watch it anytime, for life.
To download & view offline, use our
NonLinear Educating Player Software.
Overview
Status: Available | Released: Dec 1st, 2011
Melodies are magical. They're what we remember and love most about the music. And, they are the foundation of every kind of music from ancient Gregorian Chant to Hip Hop.

In this entertaining course by composer Gregg Fine, you'll learn how melodies are constructed and discover all the parameters of melody making beginning with notes and scales. Next you'll see how major and minor scales are constructed with their unique patterns of whole- and half-steps. From there Professor Fine demystifies accidentals: those odd little symbols that live alongside musical notes on the page. After that there's a section where you'll get into musical intervals: those vibrating building blocks of melody and harmony! Then Gregg modulates it up a key or two by focusing on some exotic scales like Pentatonic, Blues, Octatonic and Augmented.

Ever hear of these: Dorian, Lydian, Aeolian and Phrygian? These are some of the mystical musical modes! You'll explore all 7 modes derived from the scale and learn how they are constructed and how they can add another layer of color to you songwriting palette!

So if you're new to composing or just want to make your current songs more melodic, this course on Melody will get you humming right along! And, keep a lookout for the rest of the Music Theory series on Harmony, Rhythm and Song Form. Together they teach you everything you need to know about the fundamentals of music theory and songwriting!

Outline
Section 1: Section 1: Melody
Other courses in this series
What to do next
Embed Video
Embed this video in a blog, forum post, or webpage. 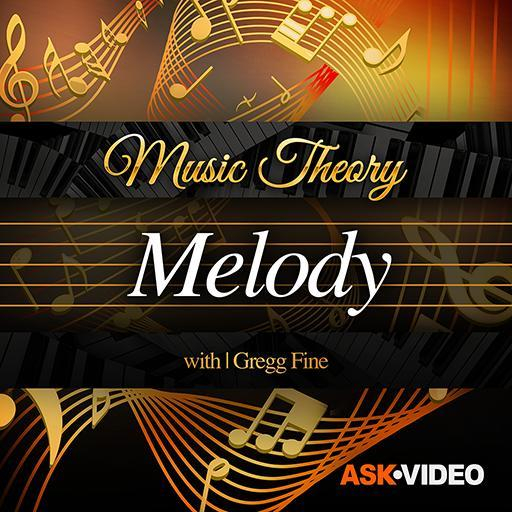