Photoshop CS5 101
Core Photoshop CS5
Genre: Graphics
5-hours of training (115 separate videos) covering the fundamentals of using Photoshop CS5. Learn Photoshop CS5 from a proven master who gets right to the tips & tricks that benefit you the most.
Skills:

Jim Kanter
A certified Apple, Adobe, and Boris trainer, Jim runs the Digital Film Institute of Atlanta.
Watch Free Previews!
View up to 5 free videos from ANY course each day.
Out of free previews? Come back tomorrow to watch some more!
Get A Library Pass!
Watch this course – and ALL Ask.Video courses – for as long as your pass is active.
Purchase just this course! Watch it anytime, for life.
To download & view offline, use our
NonLinear Educating Player Software.
Overview
Status: Available | Released: Aug 12th, 2010
This comprehensive 5-hour tutorial teaches you everything you need to know to confidently adjust, correct, retouch, and manipulate images and text in Photoshop CS5.

To get you up to speed fast on some of Photoshop CS5's best new tools, vetran trainer Jim Kanter starts with two fantastic Jumpstarts-start-to-finish, real-world projects that let you dive right in and use the new stuff. You'll explore the new lens correction effects, use new context-aware tools to clean up problem areas, create eye-popping 3D text with Repoussé, and transform a photograph into a painting using the new mixer brush and brush tips controls.

Next, Kanter takes you through the fundamentals of correcting, adjusting, cropping, and retouching images before moving on to advanced image-editing and photo-manipulation. A certified Adobe product expert, Kanter demonstrates important tips and tricks for working with layers, applying Photoshop's filters and effects, using Paths & Masks, working with Erasers & Brushes, and much more. Along the way, you'll learn important workflow techniques for retouching photographs to improve contrast and color, while removing unwanted artifacts from your images.

This is training from a master-someone who knows the app inside and out as a daily user, and who constantly re-invents his teaching as Photoshop evolves. If you're new to Photoshop, sit back and enjoy the best day you'll ever spend with an amazing piece of software. If you're a veteran to Photoshop, we're confident you'll be blown away, as we were, by the amount of stuff you never knew about the software, demonstrated with ease and humor by one of the best educators in the field. 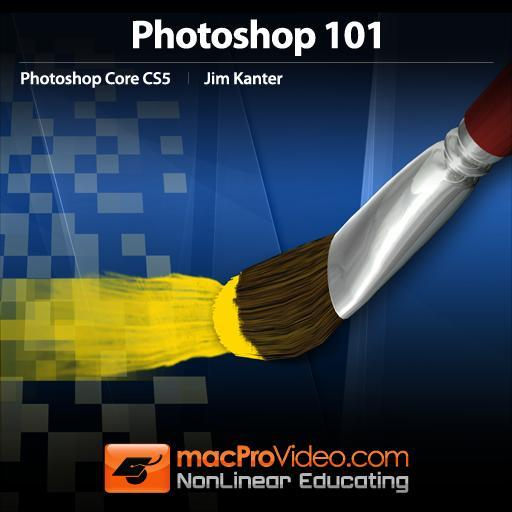