Cubase 8 101
Moving Forward With Cubase 8
Genre: Audio
With so many new features, Cubase 8 is perhaps THE most complete DAW on the planet. See what all the buzz is about in this deep, 37-tutorial course by Cubase wizard Matt Hepworth.

Matthew Loel T. Hepworth
A Steinberg Product Specialist combines with a natural musician and educator to give us Matthew Loel T. Hepworth - Cubase Specialist!
Watch Free Previews!
View up to 5 free videos from ANY course each day.
Out of free previews? Come back tomorrow to watch some more!
Get A Library Pass!
Watch this course – and ALL Ask.Video courses – for as long as your pass is active.
Purchase just this course! Watch it anytime, for life.
To download & view offline, use our
NonLinear Educating Player Software.
Overview
Status: Available | Released: Dec 3rd, 2014
This course, "Moving Forward With Cubase 8", is designed both for the seasoned Cubase user who is looking to upgrade to the latest version and potential new users who are curious about what this DAW can do. Matt takes you step-by-step through all the advances and changes that Steinberg incorporated into this release while, at the same time, giving you a good idea of how Cubase 8 can work for you.

The folks at Steinberg have been busy! This new version of Cubase is jam-packed with so many new, advanced features, that we called upon the most knowledgable Cubase trainer on the planet, Matthew Loel T. Hepworth, to explain them. From the new Project and MixConsole features to the Chord Pads, Plugins, Instruments and MIDI tools, Matt gives you thorough explanations of them all!

So, if you're a long time Cubase expert, a newbie or just curious why this Steinberg DAW is quickly becoming one of the world's most popular music-making apps, this course is guaranteed to answer all your questions and show you what Cubase 8 brings to your music production workflow.
Outline
Section 1: Section 1: Welcome to Cubase 8
Section 2: Section 2: New Project Window Features
Section 3: Section 3: New MixConsole Features
Section 4: Section 4: Chord Pads
Section 5: Section 5: Audio Plug-ins
Section 6: Section 6: Instruments & Content
Section 7: Section 7: New MIDI Features
Section 8: Section 8: VST Connect SE 3
Other courses in this series
What to do next
Embed Video
Embed this video in a blog, forum post, or webpage. 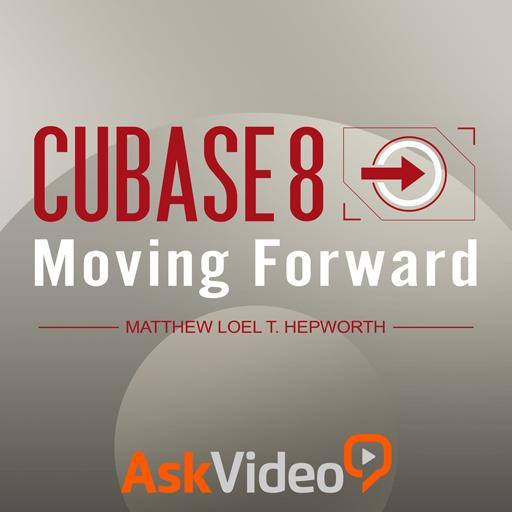