Olav Basoski
One of the most influential artists in the dance music industry, Olav Basoski has produced hundreds of records for his trend-setting Record Labels: Work Records, Rootz Records, and Samplitude Records.
Watch Free Previews!
View up to 5 free videos from ANY course each day.
Out of free previews? Come back tomorrow to watch some more!
Get A Library Pass!
Watch this course – and ALL Ask.Video courses – for as long as your pass is active.
Purchase just this course! Watch it anytime, for life.
To download & view offline, use our
NonLinear Educating Player Software.
Overview
Status: Available | Released: Oct 5th, 2010
We asked house music legend Olav Basoski: How do you create those awesome sounds on your dance tracks? Instead of answering with a text message, Olav produced this incredible Ableton Live tutorial called Designing Sound for Dance Music!

In this specialized set of videos, Olav starts out with a basic dance synthesizer lesson explaining how fundamental synth concepts like analog, FM and function envelopes are extrapolated into the fabric of House Music. From there he shows off his incredible Ableton Live chops by taking us drum-by-drum, sound designing the dance kit and showing us the techniques he uses to recreate a rhythm section that destroys the dance floor.

Next, Olav does a deep dive into pads, synth leads, arpeggiators and bass synthesis, demonstrating in his fun and knowledgeable way how he is the de facto master of audio production in the dance music universe. 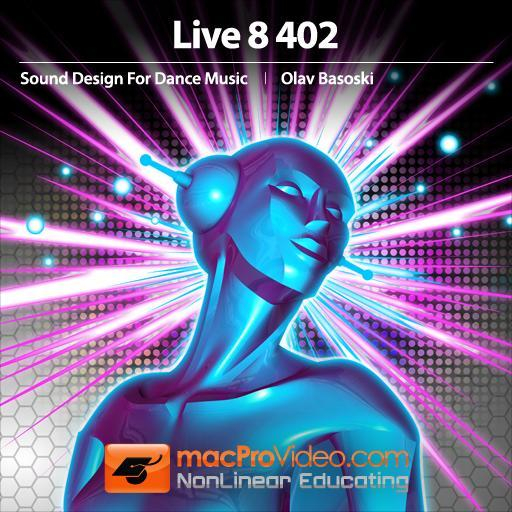