Scott Freiman
Scott Freiman is a renaissance man ... both an award winning musician and entrepreneur, Scott has a long history of composing and producing great music.
Watch Free Previews!
View up to 5 free videos from ANY course each day.
Out of free previews? Come back tomorrow to watch some more!
Get A Library Pass!
Watch this course – and ALL Ask.Video courses – for as long as your pass is active.
Purchase just this course! Watch it anytime, for life.
To download & view offline, use our
NonLinear Educating Player Software.
Overview
Status: Available | Released: Oct 20th, 2011
Pro Tools practically invented multitrack digital audio recording! In this collection of AVID Learning Partner tutorial-videos you'll see why Pro Tools 10 is THE industry leader in DAW recording technology.

We've recruited Scott Freiman, a very popular trainer here at macProVideo.com, to take you through the basics of audio recording in Pro Tools. Scott, whose Pro Tools mixing credits range from TV to Feature Films, begins this recording journey, well...at the beginning, with a section on the all-important task of session preparation. Here he explains, step by step, all the important tasks an engineer must complete to set up a session before that first stream of audio gets converted to digital!

Then there's the recording process. Learn all about tracks, the different transport modes and the art of "punching in." You'll continue your audio education with a informative section on Takes, Playlists and Shortcuts that will help keep your sessions organized and get you automating your actions.

Finally Scott gets into the all the different supported audio files, how to import them, export them and finally explains hot to bounce your session to the various supported formats.

Whether you're studying for AVID Certification or brushing up on your audio skills, join master trainer Scott Freiman and learn all the ins and outs of recording audio in Pro Tools 10!

This course, originally created in an earlier version of Protools, is forward-compatible with the most recent version.
Outline
Section 1: Section 1: Introduction to Recording in Pro Tools
Section 2: Section 2: Recording Modes
Section 3: Section 3: Takes and Playlists
Section 4: Section 4: Importing Audio and Video
Section 5: Section 5: Exporting Audio
Other courses in this series
What to do next
Embed Video
Embed this video in a blog, forum post, or webpage. 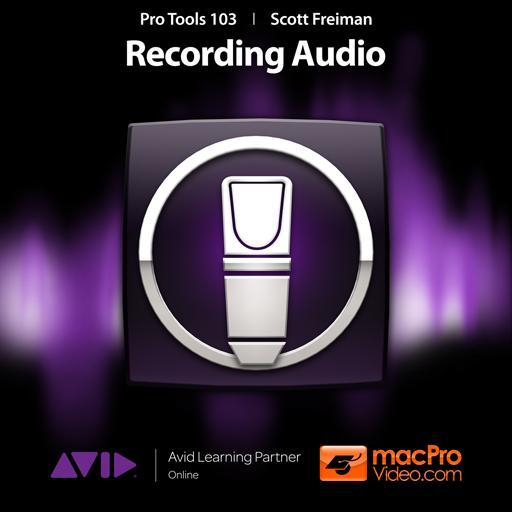