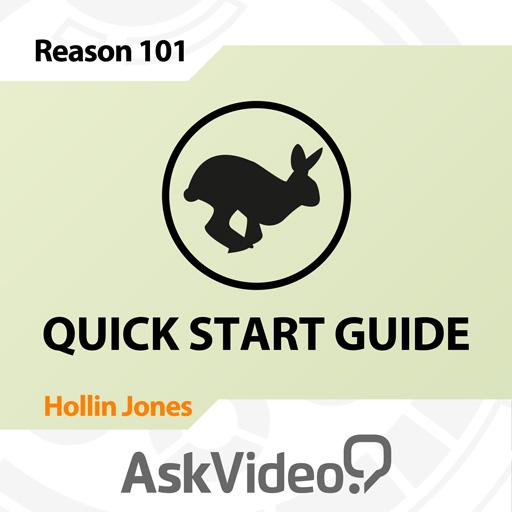 Reason 7 101
Quick Start Guide
Genre: Audio
This tutorial is free to all MPV members! Propellerhead has created the ultimate DAW powerhouse! So join Reason expert Hollin Jones in this Quick Start Guide and get a taste of all the cool stuff that Reason brings to the DAW table...

Hollin Jones
Hollin Jones is a classically trained pianist who found the lure of blues, jazz and hi-tech recording too much to resist...
Watch Free Previews!
View up to 5 free videos from ANY course each day.
Out of free previews? Come back tomorrow to watch some more!
Watch this course absolutely free!
Overview
Status: Available | Released: Apr 1st, 2013
Reason’s Rack, with its virtual hardware environment, has expanded the audio universe of digital music producers worldwide. Now with its built-in SSL virtual mixer console, advanced MIDI capability and awesome new instruments and effects, Reason takes it to the next galaxy!

In this FREE overview of Reason by expert, Hollin Jones, you get a solid sneak peek at what this kickin’ DAW can do and how its new audio mixer will change the way you make, mix and master your music!

This course, originally created in an earlier version of Reason, is forward-compatible with the most recent version.

We have the largest and most complete library of Reason tutorials on the planet. Subscribe to watch them online or build yourself a downloadable bundle to save up to 50% off the list price!
Outline
Section 1: Section 1: Reason Quick Start Guide
Other courses in this series
What to do next
Embed Video
Embed this video in a blog, forum post, or webpage.