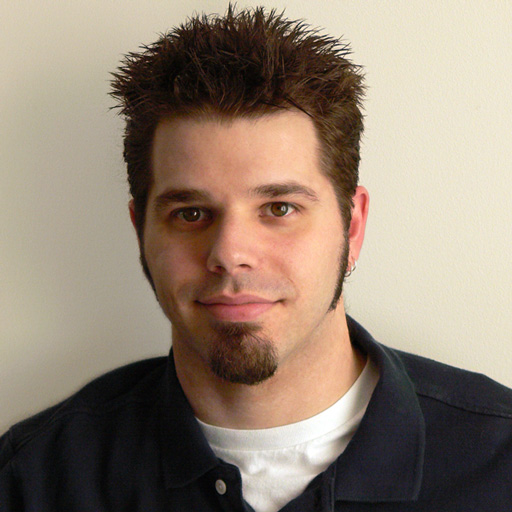 Geoff Blake
Geoff Blake, with his casual and off-beat style, is an expert educator in all graphics and web technologies ... not to mention one of macProVideo's most entertaining trainers!
Watch Free Previews!
View the first 3 videos of every course.
Get A Library Pass!
Watch this course – and ALL Ask.Video courses – for as long as your pass is active.
Purchase just this course! Watch it anytime, for life.
To download & view offline, use our
NonLinear Educating Player Software.
Overview
Status: Available
In the second half of this two-part series, you'll discover techniques and tools that will take your blog beyond the basics. You'll learn how to sort and organize your posts with categories and tags, how to create and manage a blogroll, and how to adjust and customize your blog's permalinks and RSS feeds. From there, you'll discover how to work with stand-alone WordPress pages, and how they differ from normal posts. Finally, dig into customizing and extending your blog even further by getting introduced to the amazing possibilities with widgets and plug-ins.

All this and more awaits in Deeper Into WordPress ... get started today!
Outline
Section 1: Section 1: Working With Categories And Tags
Section 2: Section 2: Working With WordPress Pages
Section 3: Section 3: Creating And Managing A Blogroll
Section 4: Section 4: Viewing Comments And Adding Users
Section 5: Section 5: Customizing Permalinks And RSS Feeds
Section 6: Section 6: Extending Your Blog With Widgets
Section 7: Section 7: Into The World Of Plugins
Other courses in this series
What to do next
Reviews
Feedback
How are we doing?
We'd love your thoughts, feedback and questions regarding our new site. All feedback is appreciated!
We do not respond to this form! If you need support, please visit our support page.
Thank you for your input!
Your message has been successfully sent
Course Advisor
Don't Know Where To Start?
Ask A Course Advisor