Singing Canary Productions
When we decided to produce a new series of tutorials on audio recording and production we searched the globe for the very best trainers and audio professionals ... and we found them at Modern World Studios and Singing Canary Productions!
Watch Free Previews!
View up to 5 free videos from ANY course each day.
Out of free previews? Come back tomorrow to watch some more!
Get A Library Pass!
Watch this course – and ALL Ask.Video courses – for as long as your pass is active.
Purchase just this course! Watch it anytime, for life.
To download & view offline, use our
NonLinear Educating Player Software.
Overview
Status: Available | Released: Apr 8th, 2012
Generation Gap! Some of us started our audio careers mixing on a real console in the analog world. However many of us, who use virtual mixers in our DAW of choice, have never touched or mixed on a real hardware-based mixing console. In this tutorial the experts at Singing Canary take you on a tour of a real SSL Duality console, explaining its signal flow from input to mix bus output!

First, you'll learn about signal flow and the legendary SSL channel strips. Audio engineer Mike Nyandoro takes you on the journey explaining the audio processing and routing from start to finish. You'll get to know the famous SSL Compressor. You'll see and hear why software manufacturers from Waves to Reason's Propellerhead have modeled the awesome SSL EQs from their musical parametric bands to their distinctive lowpass filters and gates. Channel Sends, Busses, Pans, D-Pots and Channel faders are also covered in detail.

Mike continues with a guided tour of the SSL Duality's "Center Section" where all the hi-tech SSL magic happens. you'll witness how hybrid digital/analog automation works and see how DAWs have translated that technology into the virtual world.

For a dose of reality, this tutorial concludes with a look at a smaller, more affordable mixer and explains how the SSL's multitude of high-end features translate to a small Mackie mixer. So jump aboard the SSL Express to see AND hear how a big time console works!

And be sure to check out all of our ever-expanding library of Studio and Recording tutorials below: 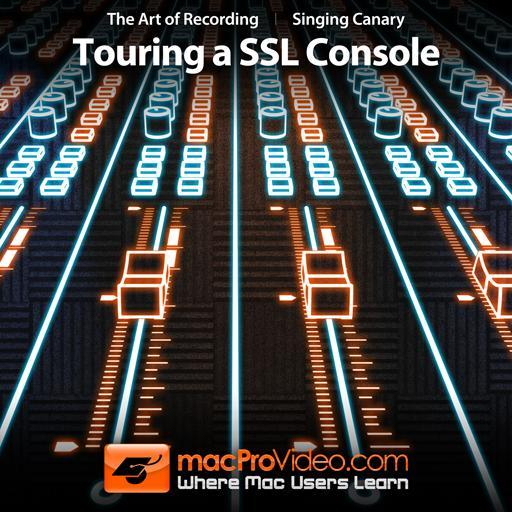