(The) Art of Audio Recording 202
Spatial Effects
Genre: Audio
Learn the techniques of creating spatial reverberation FX in this deep listening course by the engineers at Singing Canary and Modern World Recording...
Skills:

Singing Canary Productions
When we decided to produce a new series of tutorials on audio recording and production we searched the globe for the very best trainers and audio professionals ... and we found them at Modern World Studios and Singing Canary Productions!
Watch Free Previews!
View up to 5 free videos from ANY course each day.
Out of free previews? Come back tomorrow to watch some more!
Get A Library Pass!
Watch this course – and ALL Ask.Video courses – for as long as your pass is active.
Purchase just this course! Watch it anytime, for life.
To download & view offline, use our
NonLinear Educating Player Software.
Overview
Status: Available | Released: Oct 12th, 2012
Reverberation. The most ubiquitous processing used to create a sense of acoustic SPACE in audio productions. In fact, most of us overuse it! In this listen-and-learn course by the experts at Singing Canary and Modern World Recording you'll get a better understanding of how to deal with the Spatial part of the recording process.

First off, you'll get the inside story on the different kinds of reverbs, what they sound like and how they are best applied. You'll see and hear the control parameters common to most reverbs, whether they are hardware based or advanced software plugins. This is followed by a section that defines pre-delay, reverb time, early reflections, density, diffusion and other important sonic qualities that help recreate the physics of acoustic space.

Once the physics of spacial simulation are embedded in your brain, the guys at Modern World dive deep into the practical uses of reverberation. There's a deep listening section on creating spacial FX for drums and strings. These two, vastly different uses of reverb help solidify the concepts enabling you to apply them to you own productions. This course concludes with a couple of tutorials on how delay and modulation FX are also deployed to enhance the spaciousness of a mix.

What we like best about this course is the amount of deep listening time the instructors have set aside throughout the tutorials so that we can actually hear the reverberation concepts discussed! 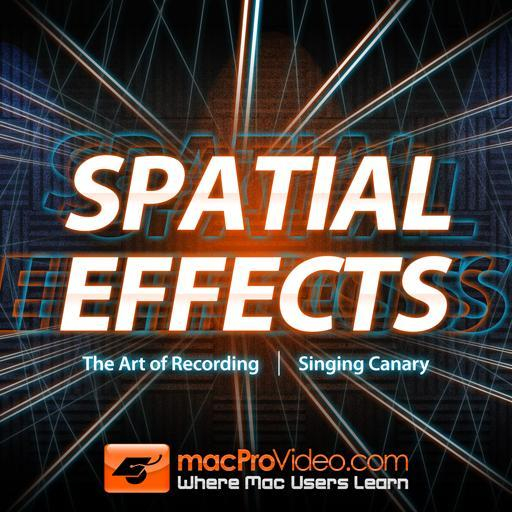