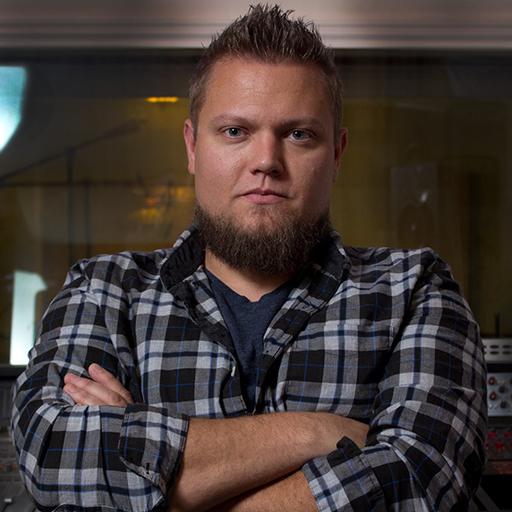 Joshua Carney
Josh Carney is an audio and mix engineer, producer, composer, and multi-instrumentalist and, of course, an excellent trainer!
Watch Free Previews!
View the first 3 videos of every course.
Get A Library Pass!
Watch this course – and ALL Ask.Video courses – for as long as your pass is active.
Purchase just this course! Watch it anytime, for life.
To download & view offline, use our
NonLinear Educating Player Software.
Overview
Status: Available
Whether you're an absolute beginner just getting into music production, a seasoned pro thinking of switching to Logic, or an intermediate user looking to solidify your knowledge of Logic Pro, this course is for you! By watching these 42 tutorials, you will learn everything you need to start creating music with Logic, from recording and editing to bouncing your song.

Mastering Logic Pro can be overwhelming... There's so much to learn, it can be difficult to know where to start. But don't worry, Joshua starts at the very beginning, showing you step by step how to install Logic and its huge sound library. Then, you learn how to set up your audio interface, how to navigate and customize Logic's interface, and how to create various types of tracks.

Logic comes with an extensive library of Apple Loops, which are very useful to easily add drum beats, rhythm parts, and other sounds to any project. Joshua explains how to use them in your songs, and he explains how they interact with the tempo and keys of your project, and how to play with them in real time with the Live Loops grid feature. Next, he shows you how to use the built-in sound Library to find the instrument and effect patches you need and start recording and editing. To help you speed up your workflow in Logic, you learn to use the various tools and all the important key command. Other topics covered in the course are the Piano Roll, the Step Sequencer, the Mixer, Automation, and more...

So sit back and watch this 3.5 hour Essential Beginner's Guide, and get ready to create music with Apple's flagship DAW, Logic Pro!
Outline
Section 1: Getting Started in Logic
Section 2: Logic Pro Interface
Section 3: Tracks and Regions
Section 4: Apple Loops
Section 5: Library, Effects and Instruments
Section 6: Audio Recording and Editing
Section 7: MIDI Recording and Editing
Section 8: File Management
Section 9: Mixing and Finalizing
Forum discussions on this course
Other courses in this series
What to do next
Reviews
Feedback
How are we doing?
We'd love your thoughts, feedback and questions regarding our new site. All feedback is appreciated!
We do not respond to this form! If you need support, please visit our support page.
Thank you for your input!
Your message has been successfully sent
Course Advisor
Don't Know Where To Start?
Ask A Course Advisor