David Earl
David Earl is a composer/producer and Logic Studio guru living in the San Francisco Bay Area. You've seen him on YouTube, now watch his work at macProVideo.com!
Watch Free Previews!
View up to 5 free videos from ANY course each day.
Out of free previews? Come back tomorrow to watch some more!
Get A Library Pass!
Watch this course – and ALL Ask.Video courses – for as long as your pass is active.
Purchase just this course! Watch it anytime, for life.
To download & view offline, use our
NonLinear Educating Player Software.
Overview
Status: Available | Released: Aug 12th, 2013
David Earl is one of the most popular Logic trainers in the world. That's why we selected him to design this first course in our Logic Pro X Core Training series. This initial course will demystify Logic Pro X while, at the same time, introduce you to all of Logic's main features. It takes you on a complete production journey getting you comfortable with the LPX interface, main production tools, and workflow.

You start out with an empty project and-by following along with David's expert step by step instruction-you quickly see a Logic project come to life. In the process you learn all about Logic's "best practices" in organizing, creating and producing a project.

So dive into Logic Pro X with David Earl and get up and running in Logic Pro X faster than you ever thought possible! 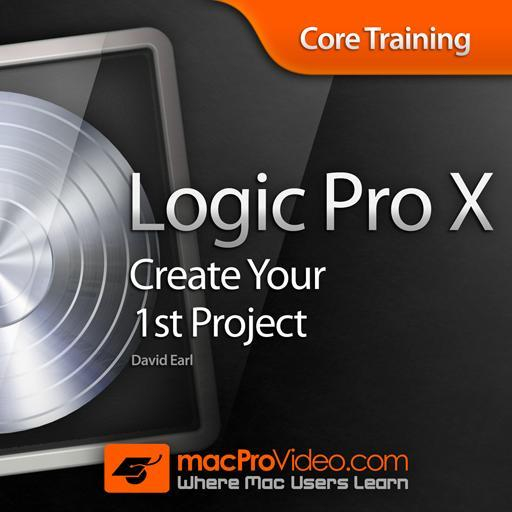