David Earl
David Earl is a composer/producer and Logic Studio guru living in the San Francisco Bay Area. You've seen him on YouTube, now watch his work at macProVideo.com!
Watch Free Previews!
View up to 5 free videos from ANY course each day.
Out of free previews? Come back tomorrow to watch some more!
Get A Library Pass!
Watch this course – and ALL Ask.Video courses – for as long as your pass is active.
Purchase just this course! Watch it anytime, for life.
To download & view offline, use our
NonLinear Educating Player Software.
Overview
Status: Available | Released: Jul 16th, 2013
David Earl is a Logic Guru. Even Apple calls on him for his incredible Logic expertise. When we need a course for something as complex as Flexing Vocals: Time and Pitch, we know exactly who to turn to...

One of the hottest features of Logic Pro X, Flex Pitch, lets you correct pitch and level issues in your tracks. Focusing on how to use Flex Pitch with vocals, this course starts with a history of pitch correction in Logic. Next, you learn how to identify problem areas with your vocals, and correct the singer's pitch, gain, and formants.

Once you're comfortable with Flex Pitch and its functions, the course demonstrates useful vocal concepts like doubling vocals, creating harmonies and creative Pitch Drift techniques. There's a lot to learn... click a preview video to begin!
Outline
Section 1: Section 1: Pitch Correction
Section 2: Section 2: Flex Pitch
Section 3: Section 3: Working the Doubles
Section 4: Section 4: Harmonies
Other courses in this series
What to do next
Embed Video
Embed this video in a blog, forum post, or webpage. 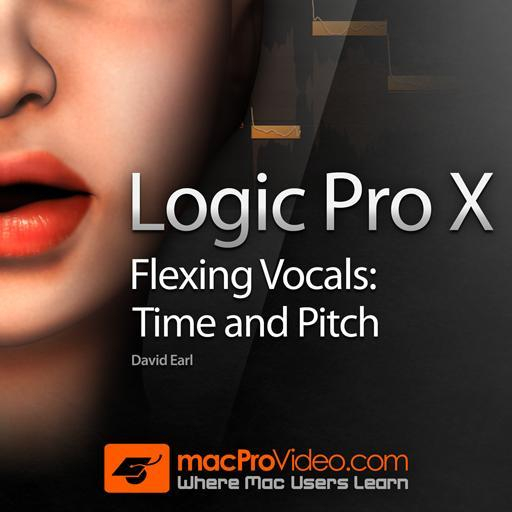