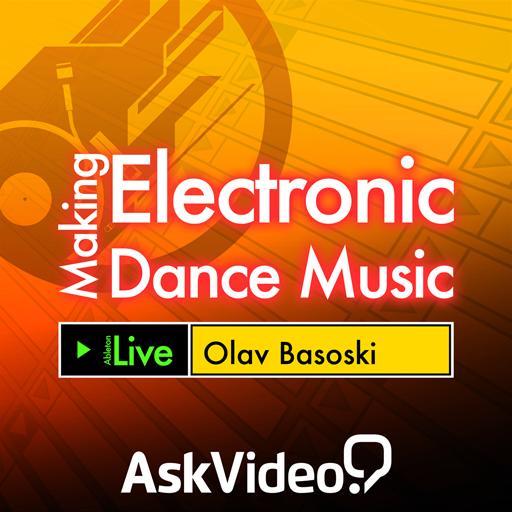 Olav Basoski
One of the most influential artists in the dance music industry, Olav Basoski has produced hundreds of records for his trend-setting Record Labels: Work Records, Rootz Records, and Samplitude Records.
Watch Free Previews!
View up to 5 free videos from ANY course each day.
Out of free previews? Come back tomorrow to watch some more!
Get A Library Pass!
Watch this course – and ALL Ask.Video courses – for as long as your pass is active.
Purchase just this course! Watch it anytime, for life.
To download & view offline, use our
NonLinear Educating Player Software.
Overview
Status: Available | Released: Mar 4th, 2013
Olav Basoski is back and this time he's turned his incredible chart-topping song skills to his new favourite audio tool, Ableton Live 8!

In these new, Pro Level Ableton Live 8 tutorials Olav Basoski shows you how he constructs his monster dance floor anthems in Ableton Live 8. You'll learn insider tips and tricks for structuring your tracks, using compressors, EQs and other DSP effects, and hot mixing tips that will make your songs shred dancefloors the same way Olav's do.

Olav has produced hundreds of Dance records and he owns 3 of the worlds most popular dance music labels: Work Records, Samplitude Records, and Rootz Records. If you want to produce songs like a legend of the house music industry, you need to check out this new tutorial by Olav Basoski.
Outline
Section 1: Section 1: Introduction
Section 2: Section 2: Adding Percussion
Section 3: Section 3: Working with Clips
Section 4: Section 4: Scenes, Arrangments and Samples
Section 5: Section 5: Building the Break
Section 6: Section 6: Wrapping it Up
Other courses in this series
What to do next
Embed Video
Embed this video in a blog, forum post, or webpage.