Live 9 101
Beginner's Guide
Genre: Audio
This new beginner's guide –by Ableton expert Bill Burgess– is designed to get every Live newbie up and making tracks fast! So, if you're looking to go Live, start right here, right now with this entertaining and informative course!

Bill Burgess
Bill Burgess is the former Pro Audio Product Marketing Manager and Logic Pro Artist Relations Manager for Apple Inc. He's also a brilliant software educator with long experience teaching audio producers how to make music!
Watch Free Previews!
View up to 5 free videos from ANY course each day.
Out of free previews? Come back tomorrow to watch some more!
Get A Library Pass!
Watch this course – and ALL Ask.Video courses – for as long as your pass is active.
Purchase just this course! Watch it anytime, for life.
To download & view offline, use our
NonLinear Educating Player Software.
Overview
Status: Available | Released: Aug 12th, 2014
We've had a lot of requests for a very basic, intro course to complement our huge library of intermediate and advanced Ableton Live courses. Well, here it is! Bill Burgess created this new course to take you on an Ableton Live journey... starting right from the very beginning!

You learn everything, step-by-step, from installing Live to starting to produce your very first track. Speaking of tracks, Bill carefully explains the difference between Tracks, Clips, Scenes, Session View and Arrangement View and how you can put them all to work in your productions! From there you build your first Live project. The entertaining Mr. B. explains how to create a beat, record a bass, add effects and much, much more.

Next up is a section for DJs where Bill teaches you how to Warp, set up a Cue Mix and prepare a Live DJ set. The final sections of this course contain a collection of tutorials that teach you how to use controllers followed by some tutorials divulging some of his pro production tips and tricks!

So learn the basics of Ableton Live in this introductory course and then move on to master the more advanced techniques in our huge, ever-expanding library Ableton courseware library!

Most of all: Have fun making music!
Outline
Section 1: Section 1: Quick Start
Section 2: Section 2: Build a Track From Scratch
Section 3: Section 3: Getting Ready to DJ
Section 4: Section 4: Using Controllers
Section 5: Section 5: Creating Variation
Other courses in this series
What to do next
Embed Video
Embed this video in a blog, forum post, or webpage. 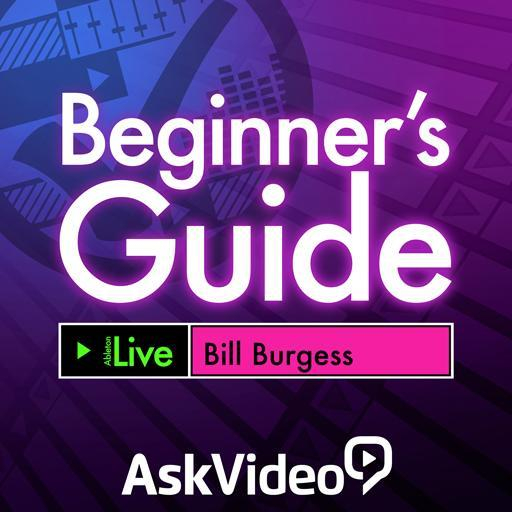